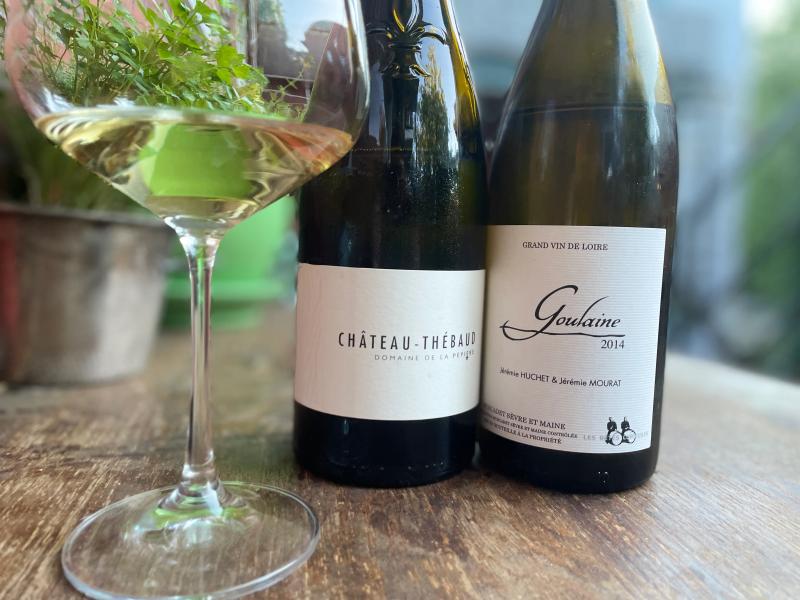 Much more than a small nervous wine that is drunk chilled with oysters, Muscadet is one of the most distinctive white wines of France. In the hands of good winegrowers, it is also a true terroir wine.

Cheers. Have a nice weekend!

Château-Thébaud is one of the new communal crus of Muscadet, all from low yields and benefiting from prolonged aging on lees (18 months minimum). Marc Ollivier and Remi Branger took the exercise even further with this wine, which rested on its lees for three and a half years. The old vines of this granite plot overlooking the Maine River give in 2017 a fairly vinous Muscadet, but without the slightest weight in the mouth, which is only suppleness and lightness, almost weightless. Lemon peel, oyster shell, sea spray. More breadth than structure, still delicious and ageable.

You still doubt the potential of guard of muscadet? Here is tangible proof. Almost 8 years old, that of Jérémie Huchet and Jérémie Mourat does not show any fatigue. The nose does show some signs of evolution, notes of beeswax, but the mouth is still full of vitality. Nothing complex, but a good open white wine on point.