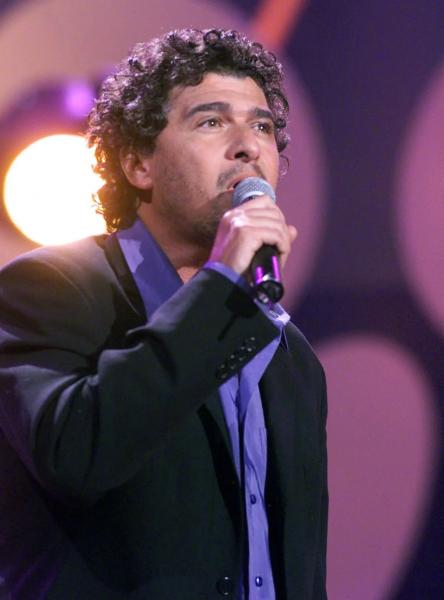 Singer Daniel Lévi, known for his role as Moses in the musical The Ten Commandments, has died of of cancer on Saturday, at the age of 60, his wife announced.

“My husband, my king Daniel Haim ben Sarah Lévi, joined the Gan Eden “, wrote Sandrine Lévi on the Instagram account of the artist, specifying that the funeral of the singer, born in 1961 in Constantine, would take place on Sunday at the Jewish cemetery Saint-Pierre in Marseille.

The youngest of a family of seven children, Daniel Lévi spent his childhood in Lyon and studied the piano for ten years. He began his career in the early 1980s with a first album, Cocktail, which did not experience the expected success.

After several prestigious collaborations, such as those with Gloria Gaynor, who engaged him in the first part of his European tour, or with Michel Legrand, who offered him to record songs from the soundtrack of the film Parking(1985) by Jacques Demy, Daniel Lévi took part in his first musical in 1991.

He performed the roles of Frédéric Chopin and d 'Alfred de Musset in the show Sand and the Romantics, written by Catherine Lara and Luc Plamondon.

In 1993, he recorded Ce rêve bleu, the song for the Disney cartoon Aladdin. This duet with the singer Karine Costa, which made him better known to the general public, will mark a generation.

In 2000, Daniel Lévi knows the consecration with the role of Moïse in the musical comedy by Élie Chouraqui and Pascal Obispo, The ten commandments, and his flagship song The desire to love .

The musical was a triumph at the Palais des sports for several weeks and on tour. The album sold 1.3 million copies, according to Universal Music France.

“A man, a voice, a brother, our brother is gone […] that of the children of < em>Ten Commandments”, reacted Pascal Obispo on social networks.

After stopping the Ten Commandments, Daniel Lévi resumed his solo career and his compositions tinged with jazz, soul music and French variety. In total, he released six solo albums.

The singer suffered from colon cancer, a disease which he made public in 2019.

“Daniel Lévi, c' was a singular, powerful voice. Fights too: climate, caregivers, fight against racism, support for Lebanon, he never hesitated to commit himself to making the world a little better. All my condolences to his family and loved ones,” reacted the Minister of Culture of France, Rima Abdul Malak, on Twitter.