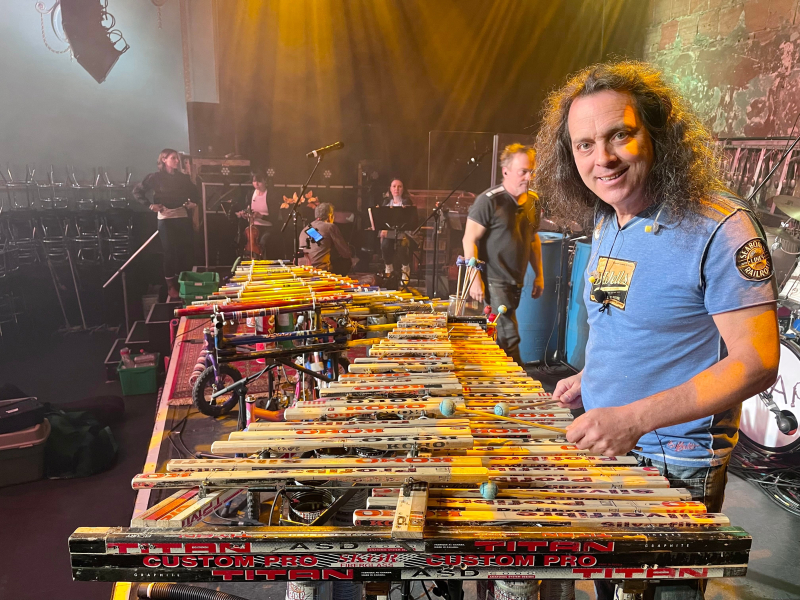 With an amount of $20,000 to $30,000, many people would be tempted to buy a new vehicle, a new swimming pool, a state-of-the-art spa or jewelry. Instead, composer and instrument designer Sylvain Grenier decided to rent the Théâtre Plaza for four days on the sidelines of COP15 in order to present his own environmental show… at his own expense!

When Mr. Grenier learned last June that the biodiversity conference (COP15) was going to be held in Montreal, he hopped on the phone.

“I couldn't be sure to be able to perform directly on the convention site at the Palais des Congrès, but I could put on and organize my own show for the cause. »

The musician, passionate about ecology, does not give an exact figure, but the total of his personal expenses for his show Biodiversity in Music oscillates between $20,000 and $30,000.

You have to pay the hall, technicians, musicians, etc.

“ I dug into my woolen stocking!

“ It's the show of my life, now is the time for humanity to take charge for biodiversity,” said the 59-year-old percussionist I met on the Plaza stage during a rehearsal.

Cans of maple syrup serve as resonators under the sound blades.

Opportunity not to be missed

A wink from fate: Mr. Grenier had just received a grant from the Canada Council for the Arts to compose songs at the about biodiversity when he learned that the international high mass of biodiversity would take place here.

“If COP15 for biodiversity had invited me to China, I wouldn't have hesitated to spend a lot of money to go there with my instruments… And then, luckily, it happened with us. It's in Montreal that it's happening. I wasn't going to miss it. »

It probably jumped out at you when you saw the photo: theInstruments -stars of M. Grenier's show, created by him, are ” xylhockeys ” : giant xylophones designed with hockey sticks and cans of maple syrup, some welded end to end, as resonators.

Difficult to do symbolically more “Quebecers” that's it!

Sylvain Grenier's group is called SCRAP, the acronym for Show Concept for Recovery and the Art of Percussion.

“  repurchased dozens of broken paddle Koho sticks from an arena and trimmed and planed them to make them thinner.”

The fiberglass that solidifies these sticks conducts sound and adds a crystal-clear tone .

The result is surprisingly… perfect. This Frankenstein instrument turns out to be harmonious. Blindfolded, you'd never know the mallet slams into 'Koho sticks' as musical blades.

“It's hundreds of hours of fun to tune the instrument, but then it's professional quality: you can play with any instrument orchestra. ”

In addition to his xylhockey, Sylvain Grenier has designed a “ xylhockey-bass ”, with much lower notes.

65 gallon metal barrels have been converted into sound boxes. Silver spoons tied to a bar make a chime. A squash racket whose strings run through old keys is a tambourine.