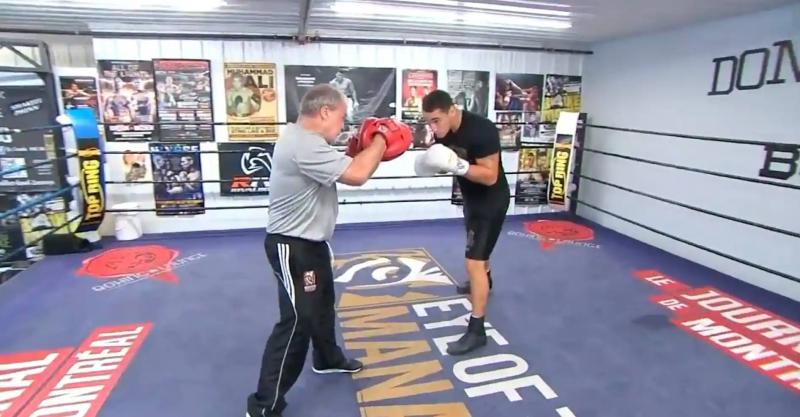 The relationship between Steven Butler and his lifelong trainer Rénald Boisvert has taken a few hits over the years, but today it seems like nothing will be able to separate them.

The story goes back more than 15 years. Butler, who wanted to try boxing at age 11, was welcomed by Boisvert to the Champion Boxing Club. The instructor quickly became a confidant and was in the young man's corner when he started his professional career.

The two men, however, took their distance when the opportunity to box in Japan against Ryota Murata for a title of world champion presented itself. For Boisvert, Butler just wasn't ready. What happened next proved him right.

Two K.-O. suffered later, Butler quickly turned to Boisvert, who never doubted his colt. Since then, he has won his three fights, the last of which by K.-O. in the second round against American Mark DeLuca, Friday at the Casino de Montréal.

“After his two knockouts, Steven came back with doubts, said Boisvert after the fight. Doubt is not good in a boxing fight, but it's good to have it when you want to restructure your career. And it's been good, because he's more mature since then. We were able to work on things together in a thoughtful way. He's changed, Steven.”

Butler acknowledges these changes. Against DeLuca, he stuck to the established game plan, whereas he had tended to rely solely on his striking power before. “I would 'knocker' the old Steven today,” he said.

That game plan, which was to take advantage of DeLuca's downward dodges to surprise him, worked perfectly. “As in the views”, in the words of Boisvert. Moreover, Butler did not hesitate to praise his mentor when he left the ring.

“I grew up alongside him. Rénald, he knows me like the back of his hand, he knows when I have good days and bad days. He knows how to gauge me, control me. We found a good key to success.”

A chest to fill

These changes are felt in training and in the ring, but also in Butler's overall approach. He showed it when it came to a possible new chance at the world championship.

“I’m not going to rush into anything, he argued. My goal is to become world champion. I turned 27 two weeks ago. I am still young, there are [boxers] who turn professional at 27 and I already have 35 fights. I want to have the tools necessary to face the elite and the time necessary [to be ready].”

Butler also considers himself fit enough to return to action on October 27 in Gatineau. , but he leaves it up to his team at EOTTM to lay out the plan for what happens next.