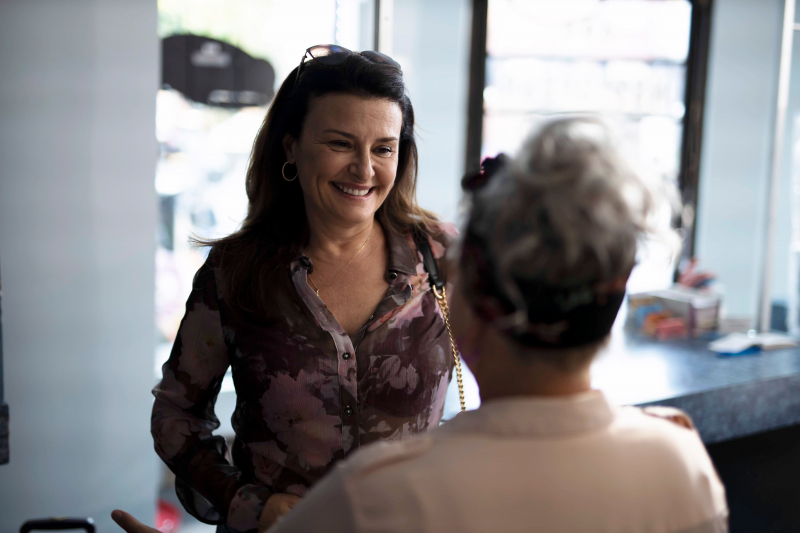 François Bouvier has been wandering between television for thirty years (Emergency, Tribu.com, 30 lives, Jeremiah) and cinema (Unfaithful Mornings, < strong>Winter Story, Last Call Mom, Miss Weather, Paul in Quebec) in order to capture the very nature of the characters he is attached to. In recent years, he has led strong women. Think of the characters from Ruptures, La Bolduc and The Shoemaker which will hit the big screen this winter. And there is Chantal, this bipolar mother who has just landed on our airwaves in My mother. A subject filmed without being didactic or melodramatic with accuracy and sensitivity.

In My mother we approach the theme of bipolarity. Chantal received her diagnosis in prison. She is medicated. How to show the subject without the spectacular side?

I think I'm not revealing anything by saying that Chantal is in reconstruction. She is also in repair with her family since the escapades caused by her illness have caused damage. She's going to have ups and downs. At the same time, we already feel that Valérie is falling. We see that she is developing a problem with alcohol and gambling. These are manias of the disease. We are in the presence of two characters who undoubtedly have similar problems. It is embodied.

Chantal's three children have different ways of approaching her return: forgiveness, flight, anger. Which emotion is the hardest to manage?

The most difficult thing is the superlative of emotion. Emotion is often at the forefront of everything. In excessive scenes, the temptation is to go too far. In Quebec, we don't have a lot of time to prepare the scenes, rehearse them, discuss them, take them over. You have to play with accuracy quickly, find the point of friction. When you have the chance to work with actors of this caliber, you benefit from the addition of sensitivities, intelligence.

Some actors have intense scores. I'm thinking of Marilyn Castonguay who plays Valérie. When shooting a demanding scene, is there a limit to not exhausting the actor?

The basic kit for two characters is shot, reverse shot, two shotsand wide shot. In general, I like take 1 to be on the wide shot which situates the action in the background. But when we shoot more demanding or fragile scenes, I start with the close-up. The actor will be spontaneous. On the following takes, he tries to find what he gave the first time. If you repeat a scene too often, the emotion wears out. With Marilyn, we often started with tight shots. There is magic in the first take. In a scene with two characters, we also usually start with the one who has the most to give. I say that, but sometimes some actors need to be warmed up.

We feel that the family of My mother hides a dark secret. How, as a director, do you manage to keep this feeling alive?

Reading the script is so important. I had the revelation and did not expect it. Afterwards, my job is to protect this secret and its revelation. The biggest difficulty is that we shoot out of order. It is therefore always necessary to have the dramatic curve of each character in mind. A scene is less what is said than the relationship between the characters. Everyone has their emotion, but what is going on inside is never revealed to the other. That's what we work with. Then we place small elements insidiously so that we feel that something is wrong without revealing anything. Clues already appear in the second episode.

How in the casting did you form this family?

Chantal (Fontaine) was already attached to the project. Michel (D'Astous) and Anne (Boyer) have actors they love and with whom they want to work again. I had already shot with Chantal and with Steve (Gagnon), but never with Rachel (Graton) or Marilyn. I like to associate actors who are sort of from the same family in their approach, in their way of conveying emotion and the way of feeling things. This is the case with our four family members.