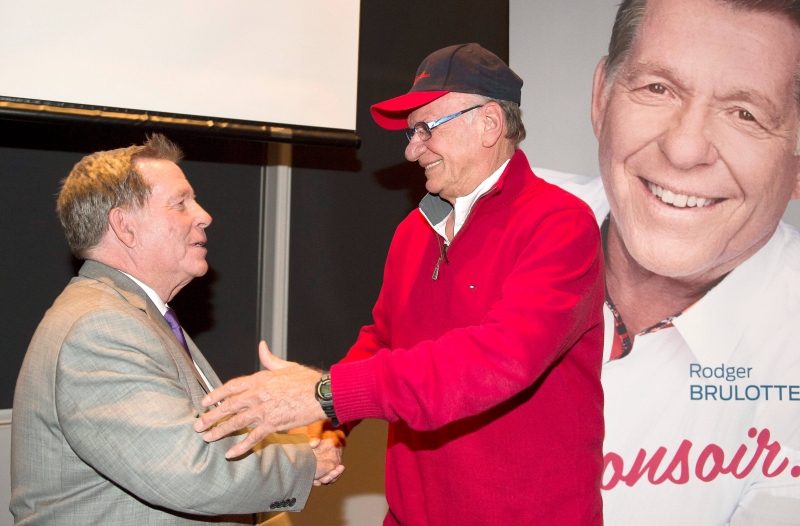 It's the end of the school year. The students leave their friends for the summer and say goodbye to their teachers who have helped them grow since September. Each student has their favorite teacher.

And I am no exception to the rule. My favorite teacher and that of many others, Jacques Doucet, was inducted into the Canadian Baseball Hall of Fame last weekend.

Due to illness, Jacques was unable to attend at the induction ceremony in St. Marys, Ontario. All that's missing is his place in the great Baseball Hall of Fame in Cooperstown.

I hear Jacques whisper in my ear: “Slipper, stop talking about my illness then give birth this what do you have to say”. O.K. Jacques.

My first encounter with my teacher dates back to when Michel Bergeron and I were playing junior hockey in Laval and junior baseball in Montreal while Jacques was a journalist at La Presse.

Among the baseball players, there was Pierre Lacroix, who became the general manager of the Nordiques, as well as Ron Fournier, Claude Mailhot, Pierre Ladouceur and Richard Milo who worked in the field of communications.

Jacques spent a few seasons with the media hockey team, which toured the country and Europe several times. His roommate, Maurice Richard, was like him, a fishing and tennis enthusiast.

There is always a school teacher you don't forget. Jacques' students, including Claude Raymond, Alain Chantelois, Pierre Arsenault, Derek Aucoin, François Paquette, Marc Griffin and I are pampered and privileged to have been able to count on his support, patience and trust over the years.< /p>

Jacques changed the method of describing baseball games by giving the chance to the various technical directors to participate in the description. In the history of Major League Baseball, he is the only one who opened the door to his technical directors.

I think of those people who during the game informed listeners of the news of other games in progress .

Among his rising stars, there were Jean-Paul Chartrand son, Pierre Marion, Jean-François Desbiens, journalist at TVA, and the one of whom he is most proud, Denis Casavant, who is today among the best descriptors/analysts in the world of Quebec sport.

His most undisciplined student is undoubtedly me. The many times during a game when I spilled water or dropped ice cream on our work table, not to mention when I devoured a hot dog between shots.

As with all the other of my colleagues and, even today, with me, Jacques always took the necessary time to teach us certain details of our coverage that we needed to improve. That's called quality time with an exceptional human.

Together we lived through the October 1989 earthquake in San Francisco in the midst of the World Series and the Columbine High School shooting in April 1999 where students were killed and others were injured. Each time, my teacher made sure his student was well.

For his admirers who inquire about his health, he's better and hopes to be back on the air soon.

This time, it's my turn to slip a message into my teacher's ear: “Jacques, take care of your health . We're not in a hurry, however hurry back, because we miss you! »

As a student should do, I sent my column to my teacher, at noon, so that he approves it. We laughed heartily and he put his stamp on it.

Unfortunately, six hours later, he called me to tell me that he would be hospitalized for a few days, the time to find what he has.

But Jacques wanted to salute his many supporters.