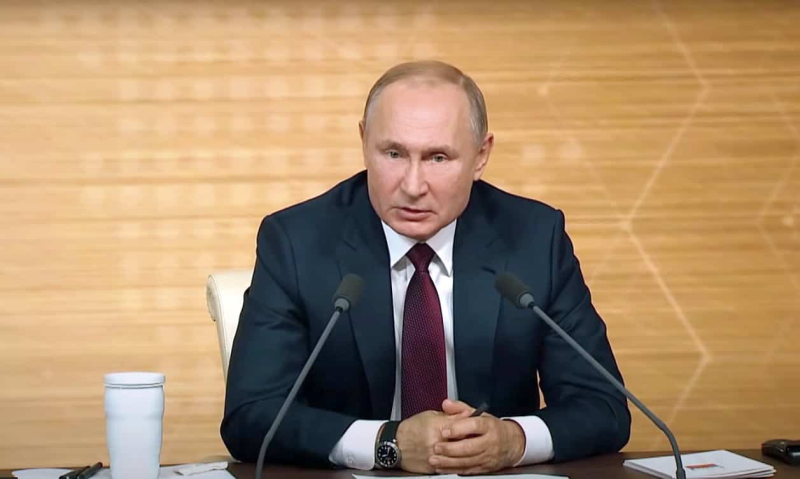 At the end of the year, a columnist must know how to recognize his mistakes.

I do not mean here a difference of opinion between you and me.

I'm talking about an assertion or an assessment radically contradicted by the facts.

On January 29, I wrote that Putin would not invade Ukraine.

The bite would be too big to swallow, and he had , I thought, learned the lessons of the Russian debacle in Afghanistan.

It threatens, I said, for Ukraine to stop drawing closer to the West.

A first grip on me.

The claims of the Kremlin claims that Ukraine was in the hands of Nazis carrying out genocide against the Russian populations were absurd, but they were mainly aimed at domestic public opinion.

I then thought that the Russian troops wanted enlarge the area conquered and annexed in 2014, thus expanding their hold on the Crimean peninsula.

It immediately appeared that the Russians were heading towards the capital Kyiv with maximum means, determined to bring down the Zelensky government and replace it with a friendly and docile government, like that of Belarus.

Second strike against me.

Then I was as surprised as the rest of the world to see the failures of the Russian army.

At the time when these lines are written, she lost more than half of the territories seized at the start of her offensive.

I had, like everyone else, swallowed Russian propaganda, and in particular the impression of power projected by the magnificent military parades in Red Square.

Russia is a poor country , and we discover that his army reflects it.

The Russian soldiers, after having searched in vain for the Ukrainian Nazis, no longer understood why they were fighting.

Third take against me.

Took of ! End of the round! No runs, no hits, no runners left on the trails.

Obviously, most observers were as surprised as I was.

How did we get to this are we wrong?

It is easy to answer the question with the benefit of hindsight.

Vladimir Putin does not reason like a Western politician, whose re-election is not guaranteed, and who has to deal with political parties. opposition, critical media or close advisers who dare to tell him what he does not want to hear.

He is also nostalgic for the Soviet empire of yesteryear.

< p>While he understands that this one cannot be reconstituted, he aspires to regain at least part of his prestige, his grandeur and the respect he inspired.

We also had under -estimated the capacity of Western countries to remain united for so long.

Finally, if we can understand Russia not liking to see Ukraine making soft eyes at NATO, we cannot either blame Ukrainians for preferring this friendship to that of Russian big brother.