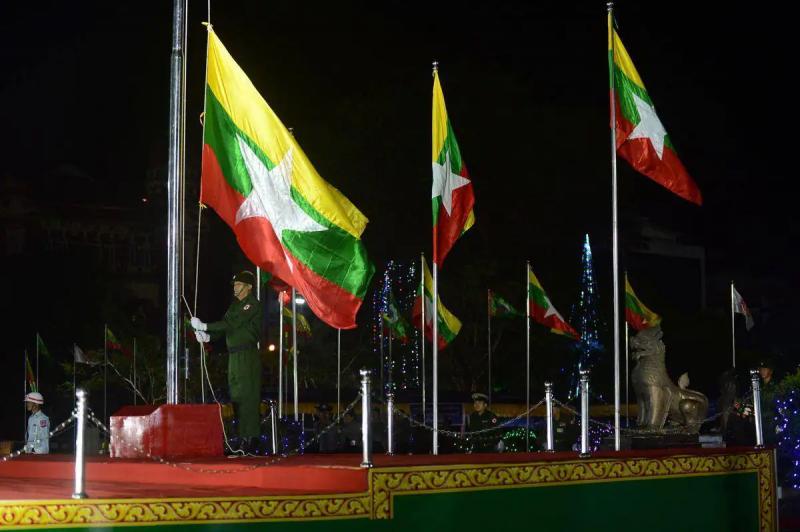 Burma's junta has executed four prisoners, including a former pro-democracy lawmaker from Aung San Suu Kyi's party and a well-known opponent, state media reported on Monday, in the first application of the death penalty in Burma for more than three decades.

The four were convicted of “brutal and inhumane acts of terror” and the executions followed “prison procedures”, the state-run Global New Light of Myanmar claimed, without specifying how or when they were executed. place.

Since the military coup of February 1, 2021, dozens of opponents of the junta have been sentenced to death, but no executions have taken place so far.

Phyo Zeya Thaw, 41, a former member of the National League for Democracy (NLD), was arrested in November and convicted in January of violating the anti-terrorism law.

This hip-hop pioneer in Burma, whose lyrics were already critical of the army in the early 2000s, had been imprisoned in 2008 for belonging to an illegal organization and possessing foreign currencies.

He had obtained a seat as a deputy during the 2015 elections, during the transition from military rule to civilian rule.

The junta accused him of orchestrating several attacks against the regime, including an attack on a train in which five policemen were killed last August in Yangon.

Kyaw Min Yu, 53, says “ Jimmy,” was a writer and lifelong opponent of the military, famous for his role in the 1988 student uprising against the then junta. He had been arrested in October and convicted in January.

According to local media, family members of the two men gathered outside Insein prison in Yangon, where they were being held, in the hope of recovering their bodies.

The other two prisoners executed are two men accused of killing a woman they suspected of being a junta informant.

The junta had announced last month that it intended to carry out these executions, attracting a shower of international condemnations. UN Secretary General Antonio Guterres denounced “a flagrant violation of the right to life, liberty and security of persons”.

The last capital execution in Burma dates back to 1988, according to a report by United Nations experts in June, which counted 114 death sentences since the coup.

These experts had pointed out that martial law granted the military the possibility of imposing the death penalty for 23 “vague and broadly defined offenses”, and in practice for any criticism against power.

They had warned that the executions could accelerate if the international community did not react.

The four executions announced on Monday constitute a “act of the greatest cruelty”, reacted Elaine Pearson, the director for Asia of the NGO Human Rights Watch.

“These executions … are yet another example of Burma's atrocious human rights record. (…) The military will continue to trample on people's lives until they are held accountable,” said Erwin van der Borght, Amnesty International's Asia-Pacific director.

< p>These executions risk increasing the international isolation of the Burmese military, who seized power by force on February 1, 2021 under the pretext of alleged fraud in the previous year's elections, won overwhelmingly by the NLD.< /p>

“These evil acts must mark a turning point for the international community. (…) The status quo of international inaction must be firmly rejected,” reacted Tom Andrews, United Nations special rapporteur on human rights in Burma, in a statement on Twitter.

< p>The junta has since continued a bloody crackdown, with more than 2,000 civilians killed and more than 15,000 arrested since the coup, according to a local NGO.

Among those arrested is the former leader and Nobel Peace Prize laureate Aung San Suu Kyi, 77, who faces multiple charges that could land her up to 150 years in prison in total.