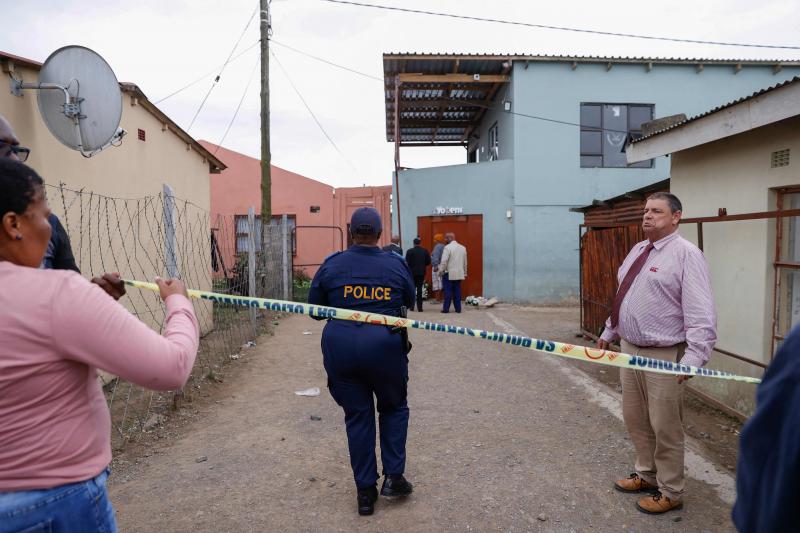 The mystery remains over the death of 21 young people at the end of June in an informal bar in East London, in the south-east of South Africa, after the publication of the first toxicological analyzes which did not bring no conclusions, South African authorities announced on Tuesday.

Analyzes carried out by a laboratory in Cape Town revealed the presence of alcohol in the blood of the victims, but not at a lethal level, said Litha Matiwane, from the Health Department of the Eastern Cape province.

“What we have determined as the blood alcohol level ranges from 0.50 to 2.60 grams per liter of blood, which does not allow us to conclude that there is lethal toxicology”, indicated the doctor during a point of view. television press from East London.

The lab also found methanol in the blood of all the victims, but further testing is needed to determine the amount, he added.

The 21 youths, aged 14 to 20 years, had died in mysterious circumstances in the Enyobeni bar in Scenery Park township, East London.

Most of the bodies were found on June 26 in the bar without apparent injuries, some died within hours in hospital.

Authorities had ruled out the possibility of a fatal stampede. Survivors had mentioned a “suffocating smell” and testimonies had suggested intoxication or poisoning.

The owner of this clandestine but tolerated bar, aged 52, is due to appear in court on August 19 to respond to charges of selling alcohol to minors. Two of its employees, 33 and 34, have already been fined 2,000 rand (C$150) for the same charge, South African police said.