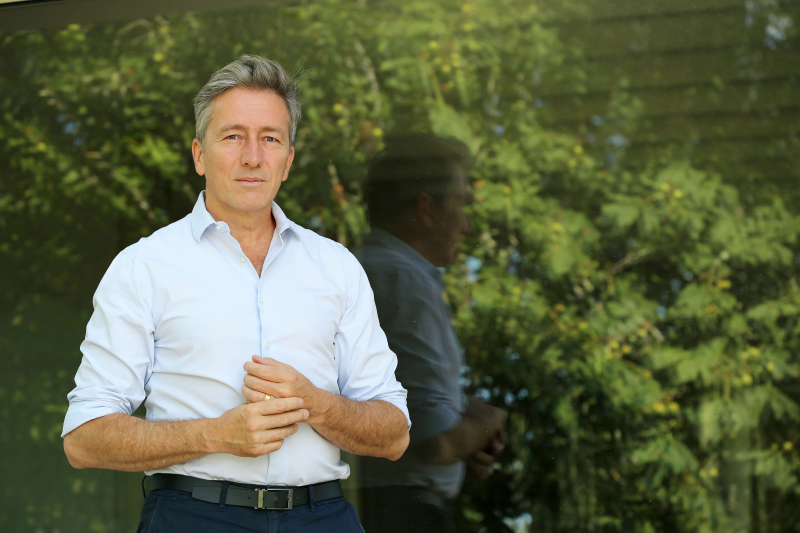 In order to demonstrate and reveal various experiences on the verge of death and to deal with contacts with the invisible, the former war journalist, Stéphane Allix, who made himself known with The and After test has just published a book, in which he interviewed about twenty psychiatrists, psychologists and psychoanalysts.

In his previous books, Allix has wanted to demonstrate that there is life after life, especially with The test and the death of his father.

Always fascinated by extraordinary phenomena, he once again looked into the subject. This time, it's several professionals who share their experience.

There would be tens of thousands of people who have had unexplained experiences. For the most part, these people keep these testimonials to themselves for fear of ridicule or to appear crazy. However, some will confide in their psychotherapist hoping to find an attentive ear.

Quite surprisingly, many of these specialists have heard strange things. Near-death experience, perception during a coma, feeling of the presence of a loved one after death, premonitory dreams, extrasensory perceptions, contact with the invisible, near-death experiences and more.

When a patient tells his psychiatrist that he feels the presence of a recently deceased loved one, the reactions differ from one treater to another. In medical language, hallucination means disconnection from reality. The reflex is to treat this phenomenon in order to eliminate it.

However, there is a rule in psychiatry that if an emotional experience arises and it does not interfere with the ability to function and that the person is well, we do not intervene. Conversely, if the individual is frightened or if it prevents them from leading a normal life, it will require treatment with medication.

Unfortunately, most psychiatrists do not question whether what the patient is feeling is real or not. It is however admitted that there is a form of evolution in medical practice in relation to this kind of unexplained phenomena, but that it is very slow. This is because a psychotherapist finds it difficult to lead his patients into territories that he himself has not explored.

When it comes to near-death experiences, it's getting harder and harder for doctors to deny their existence. If there is a certain evolution with regard to these phenomena, it is because the testimonies are very numerous and similar.

In addition, we often have tangible proof that the person was clinically deceased and that in coming back to life she can accurately recount what she saw in the operating room. of life, several caregivers recount having heard these people say that they had seen a deceased relative, without noticing any sign of mental confusion. Although many psychiatrists have heard this repeatedly, some will remain in denial, while others will show some openness to these mysterious phenomena.

One thing is certain, the more there will be people who dare to talk about it, the more interesting it will become, because more of us will be questioning ourselves.