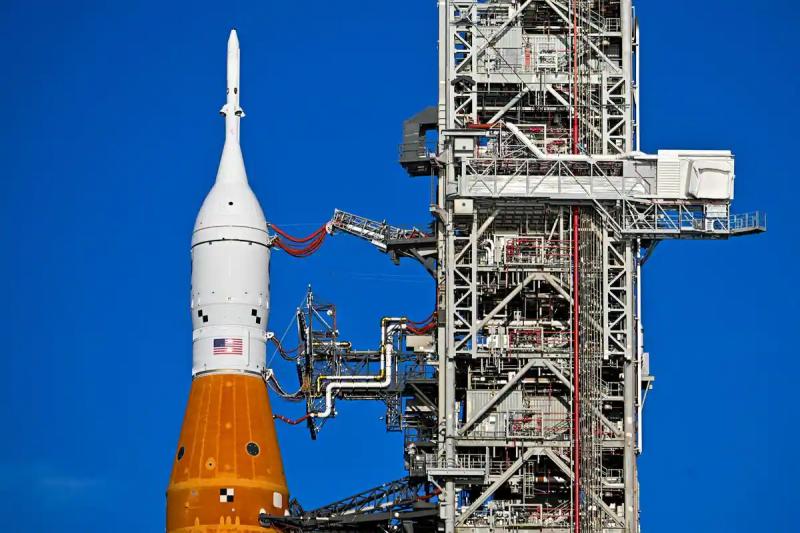 The launch of NASA's new mega-rocket to the Moon, already twice aborted due to technical problems, will take place no earlier than September 27, the US space agency announced on Monday .

This long-awaited test flight of the Artemis 1 mission, without a crew on board, must test in real conditions the SLS rocket (for Space Launch System) and the Orion capsule at its summit, where astronauts will sit in the future.

To get a green light, NASA teams must successfully conduct a fuel tank filling test and obtain a special waiver to to avoid re-testing the batteries on an emergency rocket destruction system.

If the agency does not receive this waiver, the rocket will have to return to the assembly building, which would push the schedule back several weeks.

The September 27 launch window will open at 11:37 a.m. local time for 70 minutes, with an end of mission scheduled for November 5. A possible second window is scheduled for October 2, NASA said in a blog post.

Last week, NASA said it hoped to be able to launch SLS on September 23 or 27.

The launch of the rocket had been canceled on Monday August 29, then again on Saturday September 3, due to technical problems, a setback that delays the actual launch of the American return program to the Moon, Artemis.

The orange and white SLS rocket, which has never flown before, has been in development for more than a decade.

Fifty years after the last Apollo mission, Artemis 1 should make it possible to verify that the Orion capsule, at the top of the rocket, is safe to transport astronauts to the Moon in the future.

For this first mission, Orion will venture up to 64,000 kilometers behind the Moon, farther than any other habitable ship to date.

The main objective is to test its heat shield, the most large ever built. On its return to the Earth's atmosphere, it will have to withstand a speed of 40,000 km/h and a temperature half as hot as that of the surface of the Sun.