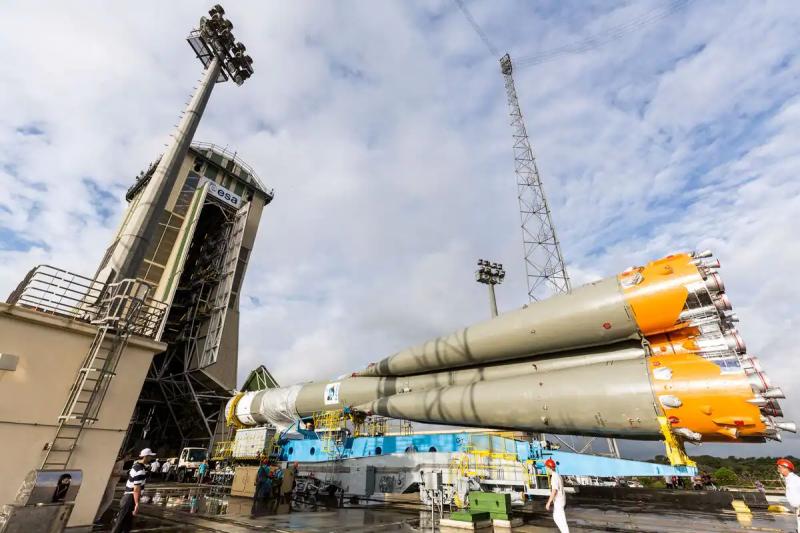 NASA announced on Friday that it would resume joint flights with the Russians to the International Space Station (ISS), in order to ensure “safety of operations” of the station, despite the efforts of the United States. United to isolate Moscow following the invasion of Ukraine.

Two American astronauts will fly aboard a Russian Soyuz rocket on two separate missions, the first of which is scheduled for september. Two Russian cosmonauts will also fly aboard SpaceX rockets, a first.

Such an exchange had been planned for a long time, but was still awaiting final validation from Russia. It had appeared compromised after the outbreak of war in Ukraine, but NASA officials had repeated in recent weeks that they hoped it would take place.

The announcement came hours after the President Russian Vladimir Putin has dismissed the head of the Russian space agency Roscosmos, Dmitry Rogozin. Since the Russian offensive against Ukraine, he has distinguished himself by his very bellicose statements towards the West.

“To ensure the safety of International Space Station operations, to protect the lives of astronauts, and to ensure the continued presence of Americans in space, NASA will resume integrated flights on American and Russian spacecraft. Soyuz,” NASA said in a statement.

In addition, Anna Kikina, the only active female cosmonaut, will part of the Crew-5 crew due to take off in September aboard a SpaceX rocket. And cosmonaut Andrei Fedyaev will fly with Crew-6, also in the spring of 2023.

After the shutdown of American space shuttles in 2011, and until SpaceX's first flight to the ISS in 2020, the United States was forced to send American astronauts to the ISS by buying seats on board Soyuz rockets from the Russian space agency.