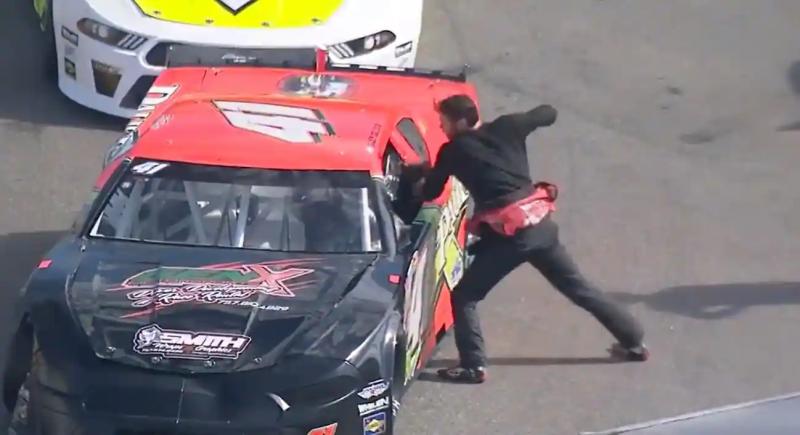 Tempers ran high on Saturday at a stock car race in the Nascar Roots class in Martinsville, Va.

Driver Andrew Grady, believing he was a victim of his opponent Davey Callihan's behavior on the track, tried to have a good discussion with the latter once the event was over.

Unfortunately, Callihan would have answered him with an elegant middle finger, which infuriated Grady:

We've got tempers boiling over at @MartinsvilleSwy

Andrew Grady takes out his frustration on Davey Callihan after an accident in Heat 1@FloRacing pic.twitter.com/DeBkUQ27Xy

“I 'Mike Tyson-born' him in the head,” he told a Racing America reporter after the incident. voluntarily left the event.

“We were very good, the car was fast, but there are these idiots who come here to race with us, and who don't have a deal there,” he explained.

“He wasn't even close to me, he dived in, he hooked me up and took another runner out the same occasion, he added. I wanted to go talk to him and he gave me the middle finger!”

Andrew Grady says Davey Callihan flipped him off when he went to talk so he decided to 'Mike Tyson his head.'

He says there are dumbasses who have no business driving a Lawn Mower much less a Late Model at Martinsville.

Says that Callihan wrecked him and Brandon Pierce. pic.twitter.com/X1m99JRYOj