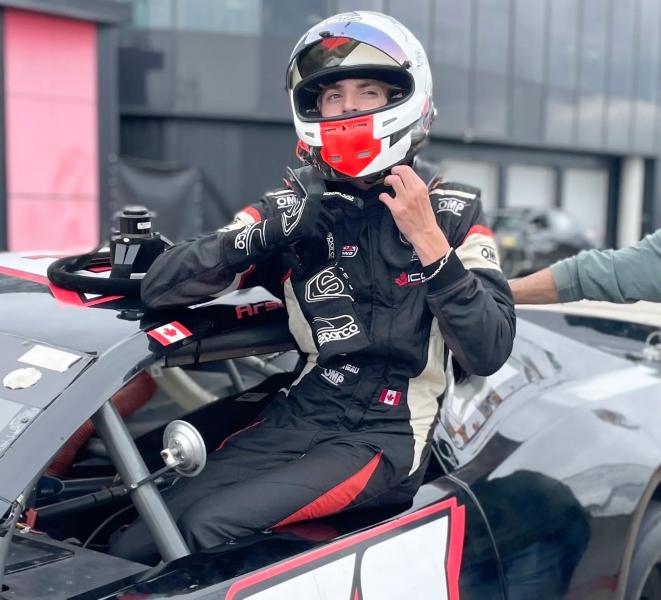 After making his mark in the Nissan Sentra Cup this year, Justin Arseneau will contest a NASCAR Pinty's Series event on Saturday, Le Journal< has learned. /strong>.

Aged just 17, the Laval driver intends to reorient his career towards stock cars after racing in Formula 4 l last year in the United States.

He achieved the lead position in qualifying at seven of the first eight stops of the season and he obtained his first victory at the Grand Prix de Trois-Rivières a few weeks ago.

Justin Arseneau (in the center) won its first Nissan Sentra Cup victory at the Grand Prix de Trois-Rivières a few weeks ago. Alexandre Fortin (left) and Kevin King accompanied him on the podium.

The young Quebec hopeful will find himself behind the wheel of the car that his brother Élie drove in the NASCAR Pinty's series on 14 occasions from 2011 to 2017, including seven times at the ICAR circuit.

This racing complex located on the site of Mirabel International Airport is the property of Marc Arseneau, the father of Justin and Élie.

Justin familiarized himself with his new car during recent tests at ICAR, which turned out to be promising. But as the regulations of the series provide, he is forbidden to ride this week before the event, like all the registered riders who will race at ICAR on Saturday.

Arseneau is currently fourth in the Nissan Sentra Cup championship with 246 points behind Valérie Limoges (304), Simon Charbonneau (295) and Alexandre Fortin (257).

The last four events of the season will take place at the Mosport circuit, in Ontario, on September 3 and 4, and at the Mont- Tremblant, September 24 and 25.

Apart from the NASCAR Pinty's series, two other races will be presented on the Mirabel track on Saturday, namely the Super Production Challenge, this very competitive championship which should bring together more than thirty cars, and the local series of ICAR stock cars.