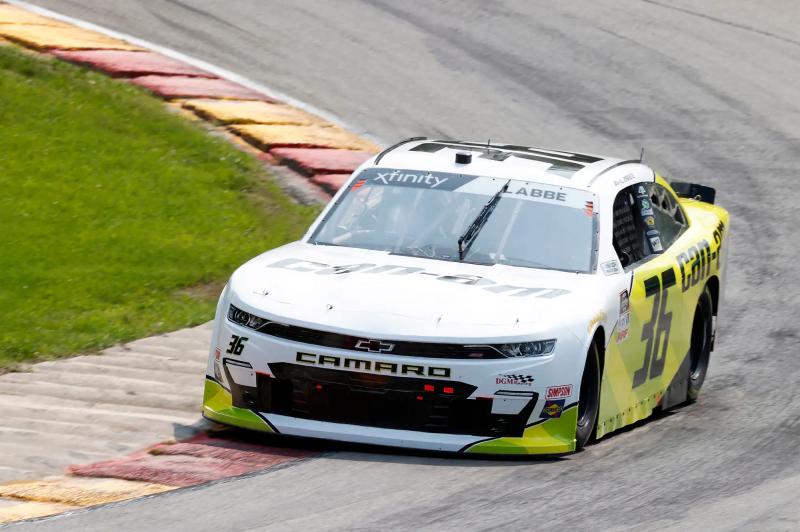 A rough pit stop by his team in the third and final segment likely cost Alex Labbé a top ten spot this Saturday at the NASCAR Xfinity Series event at the circuit Indianapolis Highway.

It was finally in 12th place that the Quebec driver reached the finish, some 30 seconds behind the winner, American A.J. Allmendinger.

“We made too many mistakes that turned out to be harmful in the end, said Labbé, in an interview with Journal. It's a shame, because a top 10 was accessible.

“We would have liked a yellow flag before the end of the race, but it didn't come. Nevertheless, it's a good result for our team,” he added.

After starting from 14th place on the starting grid, Labbé went on to overtake to occupy 8th position on the third lap.

On lap five, in a burst of combativeness that was too hasty , he tried to overtake Josh Berry, but the maneuver damaged a tire and he had no choice but to return to the pit to have it replaced.

“From then on, underlined Labbé, we were in catch-up mode for the rest of the race. »

Finding himself out of sequence, the 29-year-old driver finished the second segment in second place, which earned him (and also his sponsor Can-Am) good visibility on the airwaves of the NBC network.

“At our last pit stop, the fuel tanker thought I wouldn't have enough gas to finish the race,” explained Labbé. There was some hesitation in the pit and we lost at least five positions. he added.

“We had a very competitive car, as is often the case on a road circuit, but we are still waiting for a big result. »

Owner of the DGM team, which runs Labbé, Quebecer Mario Gosselin had another good reason to be happy.

Chastain equals the best lifetime performance of DGM in Xfinity Series. In 2020, Labbé did the same at the Charlotte circuit.

Alex Labbé's next race will take place on Saturday at the Michigan oval. Any participation on his part in the NASCAR Pinty's Series at the Grand Prix de Trois-Rivières is therefore excluded.