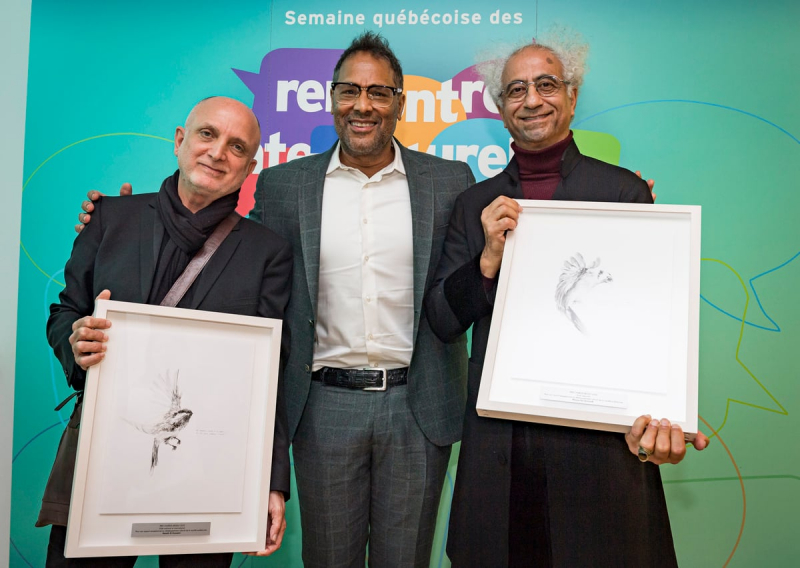 Entrepreneur Nassib El-Husseini and painter Khosro Berahmandi have both won the 2022 Charles-Biddle Prize.

Accompanied by he $5,000 scholarship, this distinction recognizes the contribution of people who have immigrated to Quebec and whose professional and personal commitment contributes to the cultural and artistic development of the province.

Winner of the regional component, the Visual artist Khosro Berahmandi, originally from Tehran, Iran, has had over 50 group and solo exhibitions in Canada, Europe and the United States. Through his work, he contributes to raising awareness of the richness and diversity of Asian cultures and makes interculturalism his battle horse to combat racial stereotypes and dismantle prejudices against people of Asian origin.

The CEO of the circus collective The 7 Fingers, Nassib El-Husseini, is the winner of the national and international section. A doctoral student in political science from UQAM, the Lebanese-born professional career took a major turn in 2003 when his path crossed that of seven artists from Cirque du Soleil, determined to make their mark on the world of modern circus. Today, Les Sept Doigts is one of the Quebec companies that annually presents the largest number of shows abroad.

The prizes were awarded Monday at the launch event for the Week Quebec Intercultural Encounters (SQRI), by the Ministry of Immigration, Francisation and Integration (MIFI), in collaboration with Culture pour tous.

La Fabrique culturelle de Télé-Québec has dedicated a video capsule to each of them.