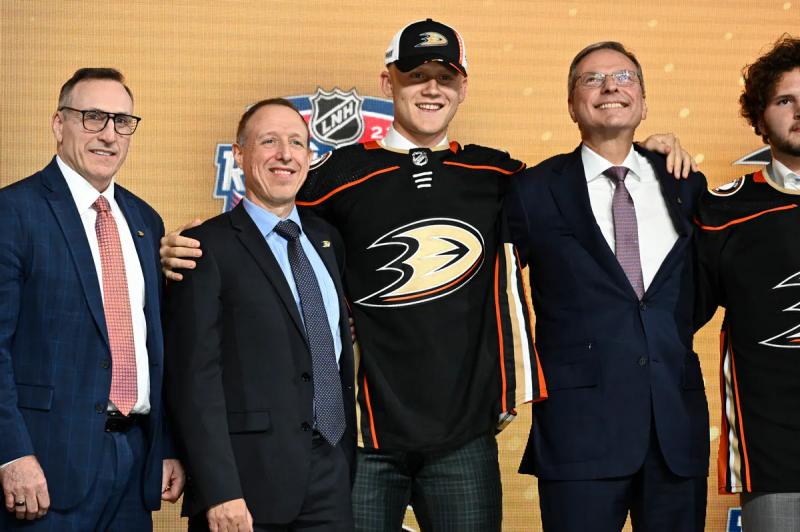 Remparts forward Nathan Gaucher won't have to worry about which pair of boots he will have to put on to go to the arena.

The player of center was chosen 22nd overall by the Anaheim Ducks.

The day before, Gaucher had mentioned dreaming of the Canadian but ultimately he did not go to their choice, the 26th total.

The 6'3″, 207 lb colossus finished with 31 goals and 57 points in 66 games last season with the Remparts, in his third season with the team. He was the first-round pick of Patrick Roy's roster in the 2019 QMJHL Draft.

Despite his honest offensive production, he had many scouts salivating because of his responsible play in both sense of the ice and his qualities in the face-off circle. He finished among the leaders in the QMJHL last season with a percentage of 59.2% in this chapter.

He also excelled shorthanded last season, finishing second in the league in shorthanded points with eight, including five goals. Only his teammate, and playing partner in such a situation, Pier-Olivier Roy did better with nine points (four goals and five assists).

Nathan Gaucher has had the opportunity to evolve under the orders of Patrick Roy since his arrival. On Wednesday, on the eve of the big day, he was full of praise for his coach, whom he had never doubted would return to the team.

“He helped me a lot to mature in my game. It focuses on what will help us to the next level. I learned a lot to develop my critical thinking too. Patrick is a fairly direct person and that's good. Afterwards, it's up to us to live with that, ”he said.

Born in 2003, Gaucher obviously did not see Roy play.

“I've heard a lot about it. He always has stories to tell and it gives us goosebumps. He is passionate and it is special to learn from him.

Gaucher was the Ducks' second first-round pick on Thursday, after they had set their sights on Russian Saginaw Spirit defenseman Pavel Mintyukov with the 10th overall pick.

This is another QMJHL player selected by the Anaheim Ducks who have become accustomed to it for a few years under the orders of Martin Madden.

Anaheim had set their sights on Tyson Hinds in 2021, Thimo Nickl in 2020, on Benoit-Olivier Groulx in 2018 and drafted the two friends Maxime Comtois and Antoine Morand in the second round during the 2017 draft.

The back of 6'7″ is a product of the Drumondville Voltigeurs of the QMJHL.