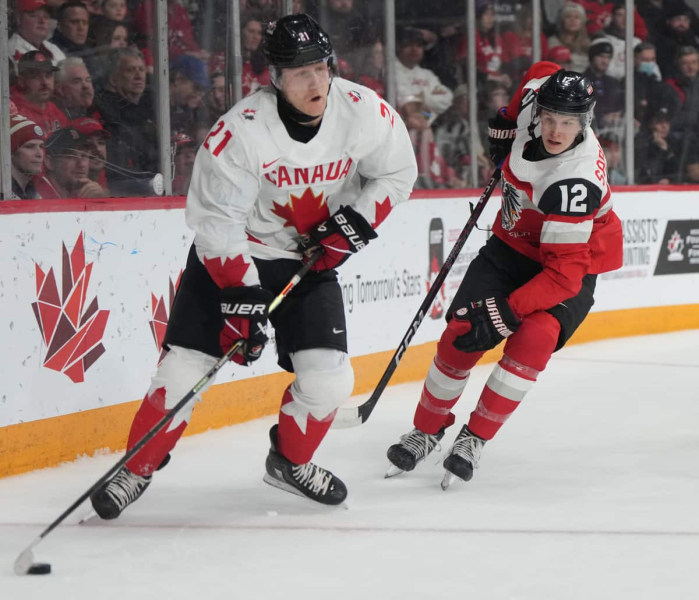 HALIFAX | If everything comes at the right time to who knows how to wait, we can say that Nathan Gaucher has not stolen the role he has played with Junior Team Canada since the start of the Worlds.

Used sporadically last summer in Edmonton, often as the 13th forward, the Quebec Remparts center player has established himself as an important cog in the team Canadian, in the shadow of the big guns of the team.

At the end of the four games of the group stage, he has three points in four games and just over 14 minutes spent on the ice on average per game.

But his impact goes beyond beyond the numbers, and he even served as an example to head coach Dennis Williams on Sunday during team meetings following the 5-1 victory over Sweden.

“I pulled out a clip from yesterday’s game, there were 2:29 to go and we had a face-off in offensive territory, up 5-1. We talk a lot to players about the importance of being resilient for 60 minutes or more in each game, it is very important for us. On this sequence, Nathan applied himself in pursuit of the puck to our blue line. This is something we often practice but several players would have given up given the 5-1 score and the opposing team's low chances of a comeback.

“We consider ourselves very lucky to have a player like that, who is part of your group of leaders, and who plays the right way for 60 minutes. He blocked shots and was very effective on the penalty kill, especially on right faceoffs. He's an honest, hard-working guy and we know that when he's in his game, our team is in his game.”

Trust is the key

After a role erased last summer, ECJ gave the Anaheim Ducks prospect an important mandate from the start, naming him one of four assistants to captain Shane Wright. His line partners have changed somewhat along the way, but for his part, he has occupied the same chair as the team's third center player since the start of the competition.

“Confidence of a trainer, it's big in a tournament like that. The more the games go on, the better the teams will be and I will have to do my part. It will be important to gain that confidence and continue to play my style,” he says.

Saturday, against the Swedes, Junior Team Canada imposed the style skin for years, that of a fast and physical team. A style tailor-made for the 6'3″ and 207 lb right-hander.

“He's a big physical player and very intelligent, complimented his linemate, Zack Ostapchuk. He is very good on face-offs and he is a wrecking ball on the ice in addition to having good individual skills. I love playing with him.”