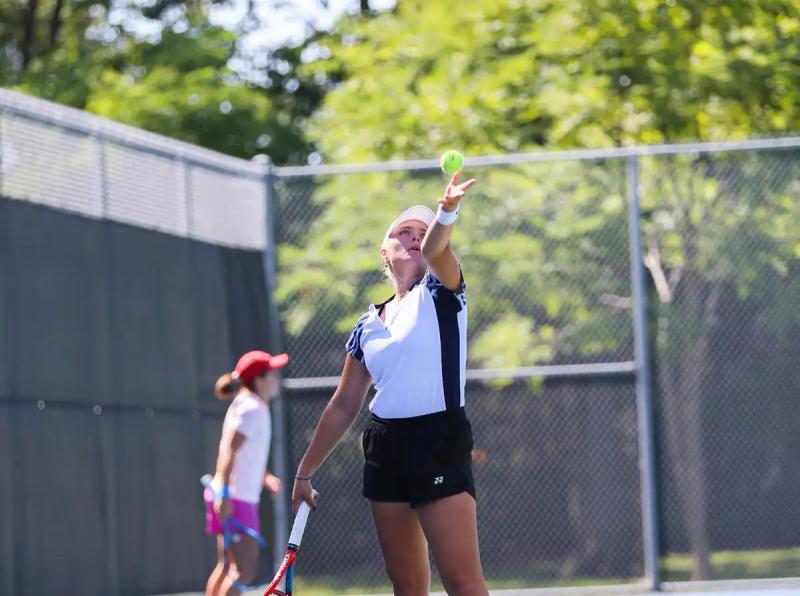 The National Bank International Junior Tennis Championships were able to present matches for the first time in more than two years, Sunday in Repentigny, after the competition had been canceled in recent years due to COVID-19. 19.

Several young Canadians, both in the main draw for girls and boys, were able to highlight themselves by triumphing in their first-round duel.

< p>On the girls' side, Alberta's Martina Ostrzygalo is one of the two representatives of the maple leaf to have made her place in the second round, with Scarlett Nicholson. She achieved this by defeating the Frenchwoman Sarah Iliev in three sets of 5-7, 6-1 and 6-4. The 168th-ranked junior will have quite the challenge in the second round, when she faces second seeded Australian Taylor Preston

Things went better from side of the boys, where six of them ensured their ticket to the second round.

Edward Stan, who defeated his compatriot Jack Davison in straight sets of 6-1, 6-3, will have the biggest challenge conceivable in the next round, he who will find the favorite of the competition, the Swiss Kilian Feldbausch, ranked seventh in the juniors.

Montrealer Jaden Weekes, who made headlines when he took part in qualifying for the National Bank Open in Montreal, had to withdraw due to an abdominal injury. He would have been the tournament's third seed if not for the withdrawal.