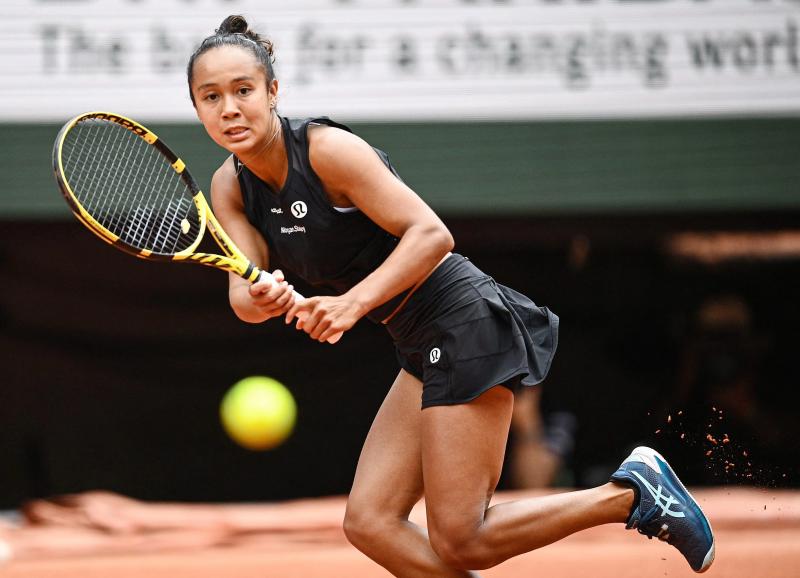 TORONTO | Leylah Fernandez had to wait until the last minute before packing her rackets in her suitcase and flying to Toronto, where the Quebecer will perform in front of many fans, but also in front of family and friends.

The stress fracture in the right foot that the best player in the country suffered at Roland-Garros took longer than expected to heal.

Fernandez was originally scheduled to make her return to competition this week in Washington, but she was forced to pull out of the event.

And it could have been the case in Toronto too. The all-clear from her doctor, the 19-year-old only got it on Thursday.

“I was extremely nervous every time I had a doctor's appointment,” expressed Leylah Friday, in a press conference held on the sidelines of the unveiling of the main draw.

“I was trying to stay positive, but I always had this little doubt in my mind, that I could have done a bad move and it could prolong my rehabilitation period,” she candidly explained.

Valuing the work of her doctor and physiotherapist, the 13th seed in Toronto said she “went home quickly on Thursday” after knowing she could play in front of her Canadian fans .

“I packed my suitcase and we left as quickly as possible to catch a flight! she laughed.

Yesterday, at the top of the CN Tower, where the traditional presentation of the painting was taking place, Leylah appeared as smiling and excited as usual.

The last few weeks have been difficult for the little athlete, who was forced to skip Wimbledon in order to treat her foot.

“I am so happy to be here and to be able to play. My injury is completely healed and I'm really looking forward to playing this first game,” said Fernandez.

Facing number 1? p>Even the unveiling of her portion of the draw – very full-bodied – did not make the native Lavaloise lose her laughter.

Her return to competition will face a qualifier, most likely Monday. But, from the third round, if they both go there, Leylah could cross swords with the world number 1, the Polish Iga Swiatek.

A player, we must remember, who had a streak of 37 straight victories earlier this season and who is currently the undisputed queen of the women's circuit.

Swiatek was also present when the painting was unveiled, and the Quebecer gave her a little “Hi!” [Bonjour!], laughing when she saw her name also appear next to hers.

It would be their second meeting on the WTA, after this match lost 6-1, 6-2 by Leylah in Adelaide, at the beginning of the year.

But, after eight weeks away from competition, the 14th player in the world assures that she is not looking that far ahead.

“Just to get a few wins here, it would give me confidence , she said. And if I get the chance to face Iga it will be a good test and I hope it puts on a good show.

The Quebecer was then ranked 70th. Since then, things have happened in her career: a final at the United States Open, victories against top 10 players, a second WTA title, a serious injury, a 14th place in the world…

“I'm a different player today,” she admitted. I'm more patient, because of everything that's happened in my career. It also taught me to know myself better as a person, and not just as an athlete. »