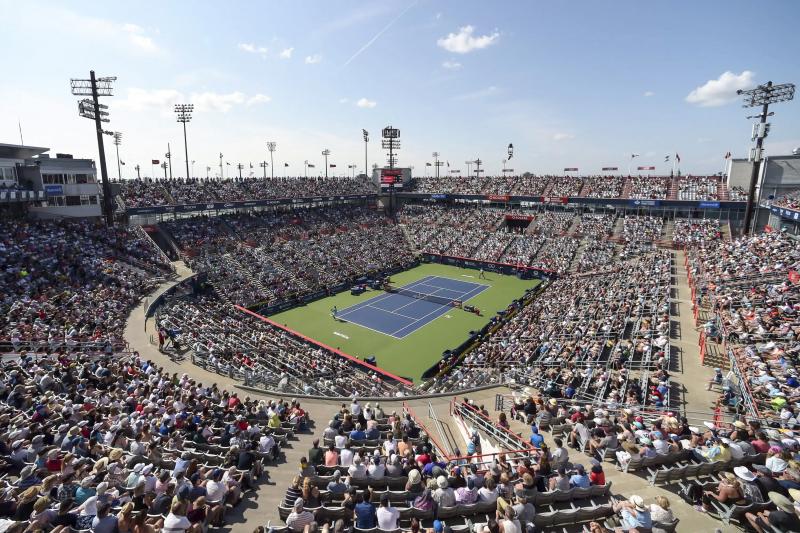 The National Bank Open tournament looks promising. Only Rafael Nadal, Alexander Zverev and Novak Djokovic will be absent. This is good news for the quality of the show.

Once again, the Montreal tournament will be marked with the presence of the majority of players from the world's top 20. Of course, we can expect some surprises from the first round. Players who come out of qualifying will be one to watch.

Daniil Medvedev will headline the event as he is the reigning tournament champion. After being banned from Wimbledon, Medvedev will be starving. He will want to consolidate his first place in the world.

As for the Canadians, Félix Auger-Aliassime will try to achieve one of his career goals: winning the Montreal tournament. It is his dearest wish after that of getting his hands on a Grand Slam title. He will have pressure on his shoulders, but he is now able to handle it.

As for Denis Shapovalov, he is going through a tough streak with several first-round defeats. The Ontarian has the strength of character to pull through.

Here are ten players to watch at the Montreal tournament:

The Russian will have the knife between his teeth. The first player in the world was banned from the Wimbledon tournament for the reasons that we know. Medvedev is the defending champion. He is still the favorite to win, but it will be interesting to see if his game will be at his usual level. The good news for him is that he will have the Los Cabos tournament to find his bearings. Medvedev was keen to participate in the Montreal tournament. He will do everything to make the trip as profitable as possible.

It is rare to see a Norwegian succeed in tennis. Casper Ruud is one of the great revelations of recent years within the ATP. When we analyze his record, he has mainly achieved success on clay since the beginning of his young career. Even if he won a title on hard courts, he will have a great challenge in his first appearance in Montreal. If he can repeat his exploits from last year in Toronto, he will be a happy customer.

The young Spanish sensation will land in Montreal for the first time in his career. We could witness the beginning of a long love affair between Alcaraz and the Montreal public. The 19-year-old has two ingredients for success: talent and charisma. He has been able to carve out a place for himself among the world elite in the last year with stunning performances. And that's just the beginning in his case.

The fifth player in the world will still be one to watch. Tsitsipas is a complete player who is able to adapt to all surfaces. His results are there to prove it. He has two Masters 1000 titles in his pocket since the start of his career. He won the Monte Carlo clay court tournament twice. The 23-year-old Greek will try to add the one from Montreal to his collection. His opponents will be waiting for him.

Felix will have all the pressure in the world. This is his tournament. He is at home. The ninth racket in the world would like to win the tournament, but he is aware that the competition will be fierce. After a somewhat disappointing grass season, he hopes that the hard court season will be more fruitful. If he can have a favorable draw, we could see him in the quad. For that, he will have to play at the height of his talent.

Rublev has won eight of his 11 career titles on hard courts. The Russian has the tools to compete with everyone. He could go far in the Montreal tournament if his energy level is good. Rublev could confuse the cards among the favorites. These will have an eye on it.

< p>The Italian has impressed more than one in recent months. He has just won a tournament in Croatia ahead of Carlos Alcaraz. Sinner continues his rise to the top 5 in the world. With 75 wins and five hard court titles in his career, he must be considered among the favorites to win.

The Canadian is going through a difficult period. Victories have been rare for the past few months. It will be interesting to see if he can find his bearings back to where his career took off. The Montreal tournament has a special place in his heart and he will want to prove it. If he remains in good spirits, he could go a long way at the National Bank Open. He has his destiny in his hands.

The ATP bad boy made it to the final of a Grand Slam tournament for the first time at Wimbledon. A great accomplishment. He can deliver great performances when his focus is on point. When he limits his comments to those around him or to officials, he is able to compete with all the big names on the circuit. It will be interesting to see in what state of mind he comes to Montreal.

Berrettini contracted COVID-19 before the start of the Wimbledon tournament. Too bad for the Italian. He will want to recover with the Masters 1000 in Montreal. Berrettini has been in great shape since his return to the game. He will want to transpose his excellent performances of the last few weeks on hard court. With his powerful serve, he could do some damage in the main draw.