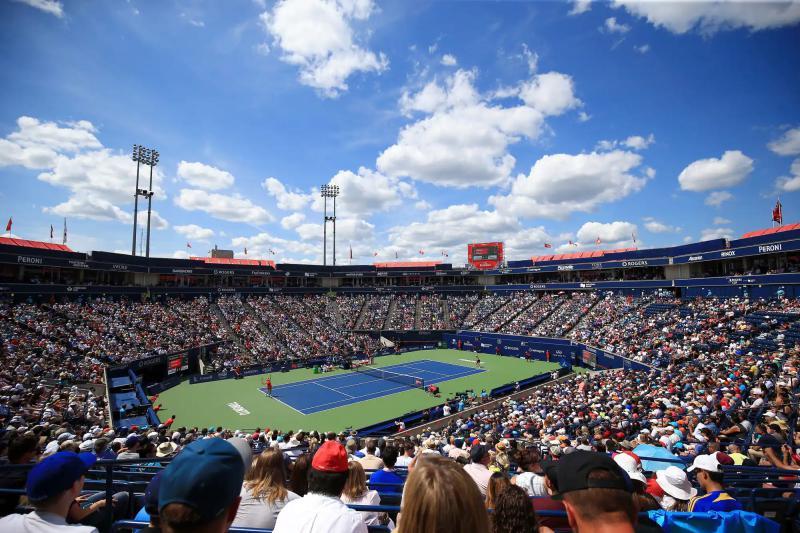 The domination of Iga Swiatek, the return to Canadian soil of the Williams sisters, Canadians who can hope to go far. The National Bank Open in Toronto promises to be both exciting and intriguing.

41 of the 43 best players in the world have confirmed their presence at the tournament. And if Swiatek is the big favorite of the event, the Pole has shown since Wimbledon that she is not invincible. In Toronto – as is the case everywhere in women's tennis – there are many who can dream of great honors.

It's been a long time since women's tennis has bet on such an undisputed world number 1 as the Polish. From February to July, Swiatek won 37 games in a row, adding to his record of six titles, including Roland-Garros.

At 21, Swiatek will also be the undisputed favorite in Toronto. She shone on hard court in the spring, lifting trophies back to back in Indian Wells and Miami.

The Tunisian hatched late, but since then she has continued to climb the ranks of the rankings thanks to her versatility. A real phenomenon in her country, she also attracts the Tunisian diaspora wherever she goes.

But not just them: the recent Wimbledon finalist made a good impression last year in Montreal, where she had reached the quarters, dazzling the public with his spectacular drop shots, in particular.

The Estonian climbed at breakneck speed in the women's rankings last year, thanks to her four titles and two finals. Since then, she has shown great consistency in smaller tournaments, but less in big moments, such as the Grand Slam events. The second in the world also remains in search of a first major trophy.

Sakkari is one of the fittest girls in the WTA. We saw it last year in Montreal, where the oppressive heat never seemed to bother her. And it will also be very hot in Toronto this week… Energetic, she likes to chase all the balls, which complicates the task of her rivals. Semi-finalist at the United States Open last September, finalist at Indian Wells in March, the Greek however has this annoying tendency to be surprised when you least expect it.

< p>We were expecting her in Washington, but it is finally this week in Toronto that the Quebecer will make her big comeback after this stress fracture in one foot suffered in the quarter-finals at Roland-Garros. The tenacious Leylah likes to perform in front of a lively crowd. This will be the case in front of his Toronto supporters. Admittedly, the table is raised, but it will be a great opportunity for the 19-year-old athlete to sign a first victory at the National Bank Open.

Crowned in Toronto three years ago, the Ontarian has since experienced her share of injuries and hardships. The first Canadian Grand Slam champion notably took a break from tennis for a few months at the start of the year. She seemed to be back on track in the last few weeks, but now she's been bothered by back pain. Nevertheless, Andreescu knows how to win on these courts and if the body holds up she could rack up a few wins.

Crowned at Indian Wells last year, the Spaniard tends to perform well on hard courts. Last August in Montreal, it was a Rebecca Marino at the top of her game who showed her the way out. Like many players of her generation, it is above all her consistency that has allowed her to climb so high in the standings. But she remains a formidable player and capable of holding her own in the big moments, as she demonstrated in the Californian desert.

Now in her forties, kept away from the field for a year, which deprived her of a WTA ranking, the American is no longer the great champion of yesteryear. But his presence in Toronto, in the company of his sister Venus, piques curiosity. The crowd will want to see her in action, in what will most likely be her last appearance in the Queen City. At Wimbledon, for her return to competition, it was France's Harmony Tan, then 115th, who beat her from the start.

Known since her sensational debut at only 15 years old, the young American lived the first moment of her career in Paris, where she was beaten in the ultimate match by Iga Swiatek. Yet few believed she would reach her first Grand Slam final on clay. Fast and with a great backhand, Gauff could do some damage on Toronto's hard court.

We used to see her ranked higher, but a calf injury forced the former world No. 1 to miss several tournaments last year. Since then, she has been going uphill. Halep reached the semi-finals at Wimbledon. Historically, she has always done better in Montreal than in Toronto, as evidenced by her two titles at IGA Stadium. The Romanian has the game to make her rivals tremble. Trained by Patrick Mouratoglou, she says she has rediscovered her passion for tennis.