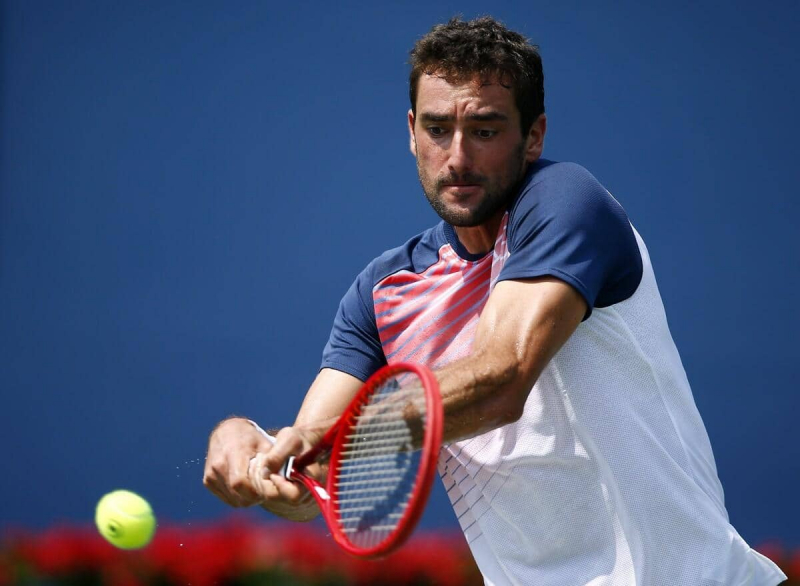 MONTREAL – Playing Tuesday at the National Bank Open his first match since the semi-final of the Queen's tournament in mid-June, Marin Cilic wanted to remind everyone that he has no intend to play extras at IGA Stadium this week.

In an entirely Croatian duel, the former ATP third racket triumphed in two sets of 6-3 and 6-2 against Borna Coric, his compatriot ranked 157th in the world whom he defeated for an eighth time in as many of career attempts within the professional circuit. Kept away by COVID-19 at Wimbledon, the 33-year-old veteran looked good on the distant court 9, where he made four breaks in 11 chances to win in 1 h 22 min.

“My successes against him are difficult to explain because he is a good player who is solid, even though he suffered injuries [to his right shoulder and left leg] in the last few months. It's been a long time since we faced each other, but our battles are always tough,” said the winner, who beat Coric in three sets in their last match, in the first round in Toronto in 2018.

The holder of the 16th level of the ATP wishes to land in New York, place of the United States Open, in excellent conditions. His great start in Montreal will help him in this direction, he hopes.

“The second chapter of the season begins after some good tournaments and I felt good today, he said. he continued. Before this bad luck with COVID-19 which prevented me from playing at Wimbledon, I had obtained good results with semi-finals at Roland-Garros and Queen's. It is therefore important to continue this momentum and accumulate meetings behind the tie.”
“Giving me some rhythm before the US Open will be crucial.”

However, the obstacles are not lacking this week and Cilic may see it by rubbing shoulders with the Russian Karen Khachanov, 28th on the professional circuit, in the second round. Each man has won twice in his career against each other.
“We played twice earlier this year and he won both times. All of our matches have been close. He is an excellent player and he will have to be put to work,” said Cilic.

For his part, Frenchman Adrian Mannarino beat his compatriot Arthur Rinderknech in two sets of 6-3 and 6-3.

Later, another representative of France, Gaël Monfils, continued his journey in Montreal. The 17th seed of the tournament easily defeated the Spaniard Pedro Martinez in three sets of 7-6 (4), 3-6 and 6-2.

As for him, Roberto Bautista Agut (14th ) was more expeditious. He beat American qualifier Marcos Giron 7-6 (5) and 6-3.

Ninth seed England's Cameron Norrie didn't struggle too much before eliminating American Brandon Nakashima. The latter, who defeated Denis Shapovalov at the last edition of Wimbledon, lost the flag 6-4 and 6-4.

Finally, the native of Maryland Frances Tiafoe, 24th racket in the world, drew on the bottom of his resources to defeat the Frenchman Benjamin Bonzi in three sets of 6-7 (6), 7-5 and 6-3.