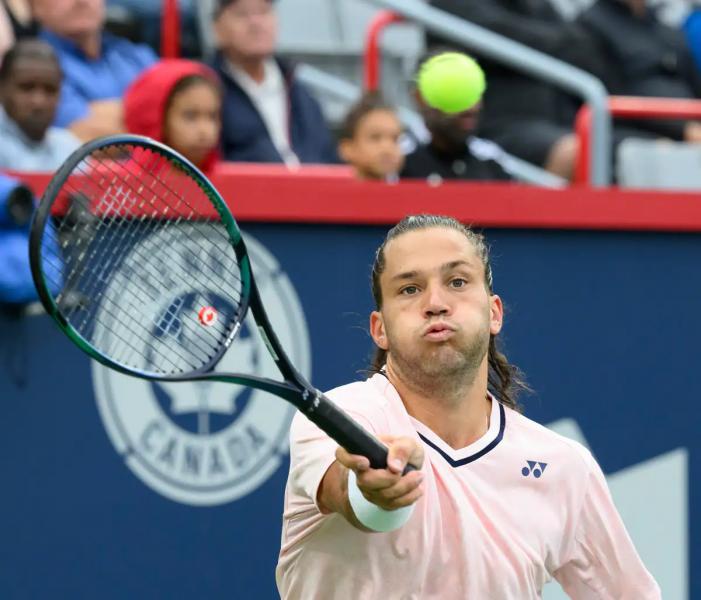 In his first experience on center court at Stade IGA, Alexis Galarneau did everything but look bad in an honorable loss in two sets of 6-4 and 7-5 against Grigor Dimitrov.

The Laval resident even allowed to destabilize his Bulgarian opponent, 19th player in the world, when at 5-3, he served to win the second set.

But his rival was able to turn the tide by accumulating the winning blows in the moments timely.

All smiles when he arrived in front of the media at a press conference yesterday, Galarneau repeated the word experience many times in his answers. With good reason.

It's by facing big names like Dimitrov that he will be able to raise his level of play.

“ I wasn't nervous when I was leading in the second set, he pointed out. I handled the situation well. It was above all… the Dimitrov experience that made the difference. »

Galarneau, 23, has clearly shown that he deserves to get this pass— from the organizers of the National Bank Open to access the main draw, that the classes are over and that he can now express themselves in the big leagues.

“I had a great day, he added. I am so proud of my family and my team who helped me come here. 15 years ago, when I started playing tennis, I dreamed of living such a moment.

Faced with an audience that did not spare the encouragement, Galarneau, ranked 237th in the ATP, even allowed himself a few brilliant shots that surprised his rival.

The meeting was interrupted for about twenty minutes in the rain. On the way back, after watching Dimitrov win the first run, Galarneau pulled himself together nicely.

Arms in the air

At the start of the second , he made spectators jump from their seats when he won the first three games. A few times, he raised his arms to the sky to solicit support.

“The best players, explained Galarneau, are able to come back this way. I have to give credit to Dimitrov. He played really well.

“I feel that I have my place now. This kind of match is good for confidence. »

The winner, on the other hand, had only good words for his young opponent.

“He was very consistent,” said the 15th seed in Montreal. His serve gave me a lot of difficulty.

When Galarneau left the court after his loss, Dimitrov, with style, waved to the crowd to congratulate him on his flawless performance.< /p>

Like his compatriot Vasek Pospisil, Alexis Galarneau will be heading to Vancouver to play a Challenger tournament there next week, after which he hopes for about fifteen withdrawals to participate in the qualifications of the United States Open< /strong>.