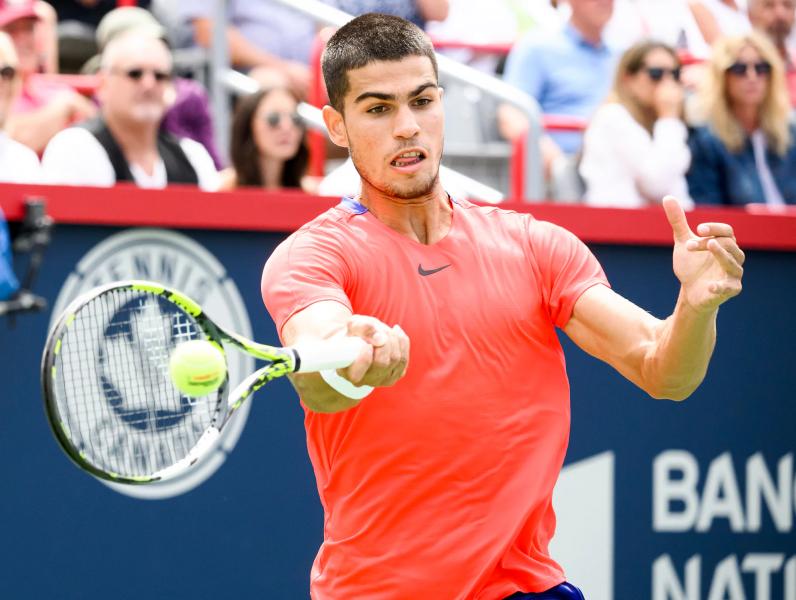 In his very first participation in the National Bank Open, the young Spanish sensation Carlos Alcaraz will have only passed.

The second seed of the tournament was surprised by Tommy Paul in a marathon match whose outcome was not known until the end of three hotly contested sets of 6-7 (4), 7-6 (7) and 6-3.< /p>

Canadian Vasek Pospisil's faller the day before, the American saved a match point before regaining the upper hand and having the fourth racket in the world after three hours and twenty minutes of lively debates.

Lessons to be learned

“I have lessons to learn from this defeat, admitted Alcaraz at a press conference. It's the first time I've been unable to take the pressure of being the second favorite. »

Propelled to fourth place in the specialty at only 19 years old, the Spaniard may feel the need to consult a sports psychologist as all the tenors of tennis have done at some point in their career. career.

The premature elimination of Alcaraz is certainly one of the least expected surprises in Montreal.

He had been exempted from the first round by virtue of his world ranking.

With the defeat of Russian Daniil Medvedev (suffered at the hands of Australian Nick Kyrgios), the Montreal tournament on Wednesday lost its first two seeds to a few hours apart.

Before showing up in Montreal, Alcaraz posted a record of 42 wins and only seven losses in 2022, including 12 wins and two losses on hard surfaces (like that of the IGA stadium), on which he had however not played for almost four months.

Alcaraz was chasing a third Masters 1000 title in 2022 after winning the final in Miami and in front of home fans in Madrid.

But Paul, 34th player in the world, was able to take advantage of the sometimes erratic play of his young opponent in the decisive set to obtain his pass in the third round, a first for him at the National Bank Open.

< p>Alcaraz had forged a 3-0 and 4-1 lead in the second set, but unforced errors on their part allowed their rival to force a second straight tiebreaker.

“I've always said that the first game of a tournament was never easy, added the loser. Tommy played a good game, but for me it wasn't my best performance. »

Hotly contested, this step gave rise to quality exchanges. Trailing 7-6 in the tiebreaker, Paul survived a match point to then topple the Spaniard.

In the third set, Alcaraz was shown the door in the ninth game after a fifth match point.

“I missed some good chances and Tommy was able to play his cards right when the time was right. It's a frustrating result,” he concluded.

“It's arguably one of the most most intense that I have played since the beginning of my career,” said Paul. It is certain that confidence increases when you manage to win against higher ranked players than you. »

The American signed his third win of the season against a player in the top 5 in the world.

In the second set, when he was trailing 2-4, Paul glanced at his coach.

“He made me realize that my level of play had dropped,” he explained. I got his message. »