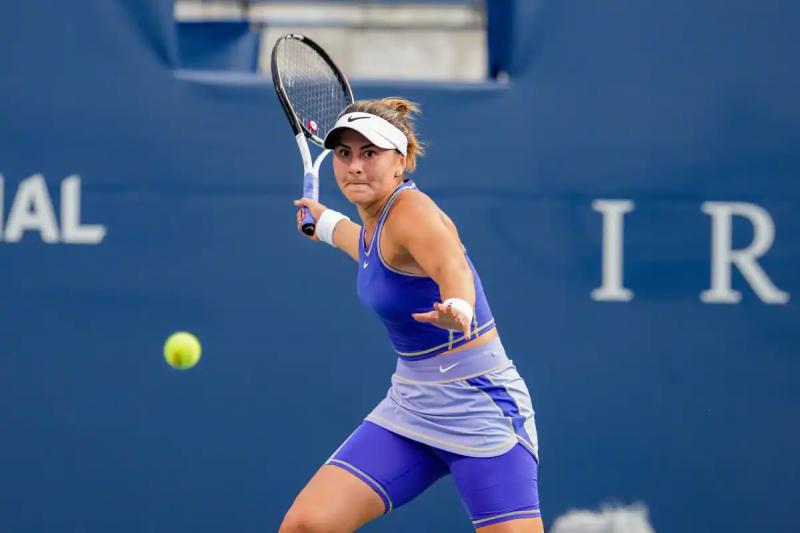 TORONTO | Her early career was strewn with injuries, sometimes serious enough to force her to be absent for long periods. And on Tuesday, during her first-round match in Toronto, Bianca Andreescu feared she was going to experience another of her painful bouts on the court.

Dizzy, seeing double at times, according to her explanations, the Canadian had to call the caretaker twice. The latter also checked her blood pressure on the field in the first round.

The other visit came during the tiebreaker, which Andreescu eventually won. The 22-year-old is excused on the court after her victory in two tight sets against the world ninth, Daria Kasatkina.

“Maybe I ate too much at dinner, a added the 2019 champion with a laugh. Or maybe it was the stress of coming back to play here…”

She saw the reviews

On social networks, these two medical breaks taken in the middle of the match have earned her share of criticism for the Canadian, 53rd in the world.

And even if she said before the start of the tournament to try to stay away from these as often as possible, in order not to be affected by negative comments, Andreescu clearly took notice of what was written about her.

So much so that on her Instagram account, the former fourth best player in the world felt the need to respond to her detractors after this match.

“I never wanted to cause any harm or be a distraction for my opponent, she wrote. […] It makes me sad that some people believe that. We athletes get injured, we get sick…the last thing you want is to expend even more energy on this, especially if it's wrong.

“Yes, I would have preferred to be able to hide [my condition], but I am human after all,” continued the Ontarian.

At a press conference after her victory at the second round, against Alizé Cornet, Andreescu explained that she doesn't usually talk about the kind of comments she receives.

“But [this time], I wanted to do it for all athletes, and not just for me,” she clarified.

“When I make these kinds of statements, I hope it will shut them up. Maybe it won't work, but hey…” she concluded with a laugh.