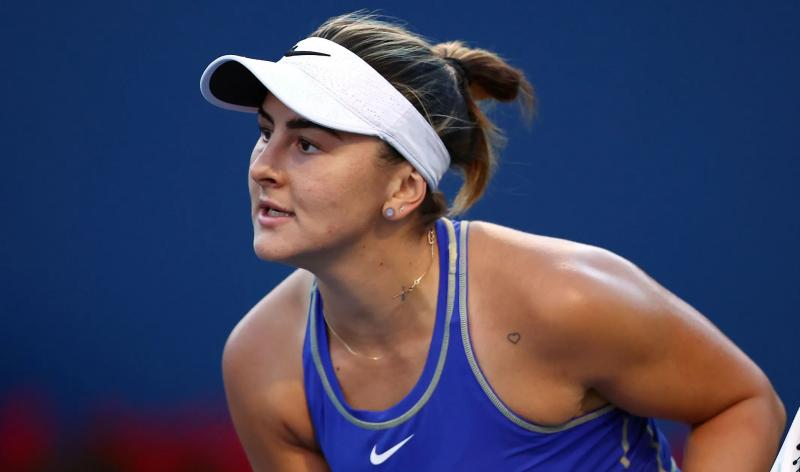 Canada's Bianca Andreescu was unable to get the better of China's Qinwen Zheng in the third round of the National Bank Open on Thursday in Toronto, losing her flag in three sets 7-5, 5-7 and 6-2 after a long battle of three hours.

In addition to defeating his opponent of the day, Zheng, who is not old only 19, also had to fight against a particularly noisy crowd in favor of her rival.

“It was a really tough game and the crowd here is really excited. I'm not so used to it yet, but it's good because as a player, it gives even more energy, launched the winner, in an interview on the field after the match. Thank you very much, whether you encourage me or not, thank you very much.”

The two athletes were neck and neck for all of the first two sets, Zheng, 51st racket in the world, scoring three breaks of service in the first set, the most important of which, in the 12th game, when she already led 6- 5.

Andreescu, 53rd in the world, who had broken his opponent twice in the first set, pulled himself together nicely in the second, playing virtually the same trick as his opponent in the previous set, by breaking it in the 11th game. She thus took the balls and easily won her service to force the holding of a final set.

Even in the third round, the Canadian showed all her strength of character by breaking her opponent in the fifth game, when she herself had just lost her serve in the previous game. It was, however, the beginning of the end for the crowd favorite, who was unable to win a game afterwards.

< p>It was still to warm applause that the representative of the maple leaf left center court, while the Chinese picked up her squad for her quarter-final duel against the Czech Karolina Pliskova, 14th in the world, Friday.

Speaking of the winner of the day, she will continue her rise to the highest echelons of women's tennis, making it her first career appearance in the quarter-finals of a WTA 1000 tournament.

“I will try to do my best,” she said timidly, in front of the Toronto crowd.

A real revelation in 2022, the Chinese has jumped several hundred places annually, since 2018, the year where she had concluded the campaign at the 933rd level.

Still in 2019, before the pandemic, she was playing tournaments among juniors. Despite everything, she ended the 2021 season ranked 143rd and distinguished herself on the biggest stages of tennis in 2022, advancing to the second round at the Australian Open, the fourth round at Roland-Garros, then the third round at Wimbledon.

Her goal, according to the WTA website, is to finish 2022 in the top 30, a goal she will certainly get closer to in the next ranking update.< /p>