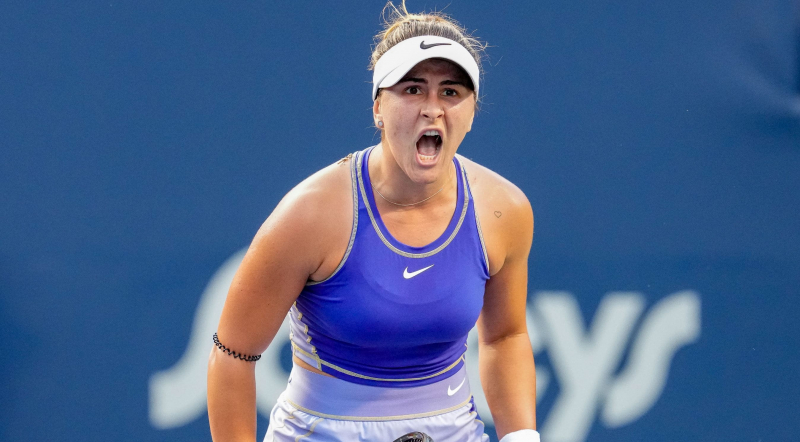 Bianca Andreescu didn't have it easy in her first round match at the National Bank Open on Tuesday in Toronto, but she defeated Russia's Daria Kasatkina in straight sets 7-6 (5) and 6-4.

The Canadian, ranked 53rd in the world, worked hard in the first set, while she and her opponent, ninth in the WTA, had eight break points. serve in total, including one in each of the first five games of the set.

Feeling unease at the very start of the ultimate game, the crowd favorite even returned to her bench seat between two points, and the referee got down from his chair to assess the state of health of the maple leaf representative. After having her blood pressure checked, she resumed play and took the first set honors.

Equally combative in the second set, Andreescu scored a break of serve, the seventh in the set overall , in the 10th game, when she was leading 5-4, to end the match.

Unsurprisingly, in a match that saw 15 breaks of service, neither player was very effective with the balls in hand. Amdreescu and Kasatkina hit 57% and 66% of their first serves respectively, winning only 50% and 55% of rallies when they did.