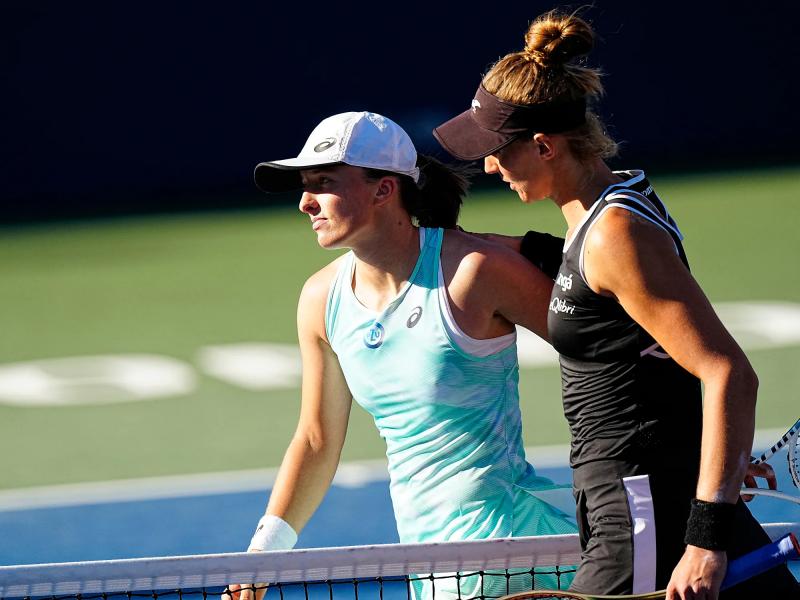 But what's going on with Iga Swiatek and Garbiñe Muguruza, both eliminated prematurely at the National Bank Open in Toronto?

For one, the The 21-year-old Polish girl is only a shadow of herself since winning the title at the French Open last June.

Thursday, Swiatek lost (4- 6, 6-3 and 5-7) against Beatriz Haddad Maia in the third round of the tournament played in the Queen City.

If she faced a tough opponent, ranked 24th in the WTA, the world number one was betrayed by numerous unforced errors and a rough service, as demonstrated by her nine double faults and her low efficiency rate of 45% of points won with her second serve.

Swiatek also allowed 19 break points to her 26-year-old Brazilian rival, who only converted four, however.

At Wimbledon, her streak of 37 victories came to an end when she was defeated by Frenchwoman Alizé Cornet in the third round. During this successful streak, she was crowned champion of the Indian Wells and Miami tournaments last spring.

We will also remember her surprise defeat in the quarter-finals against another Frenchwoman, Caroline Garcia , in front of his audience in Poland last month.

In Toronto, Swiatek suffered her first loss in 14 matches on hard courts, fueling concerns a few weeks before the United States Open tennis tournament, where she is the favorite.

As for Muguruza, double Grand Slam champion (Roland-Garros in 2016 and Wimbledon in 2017), she was eliminated Thursday evening in Toronto by Switzerland's Belinda Bencic in two quick sets of 6-1 and 6-3.

After her unexpected defeat in the first round at Wimbledon, the 28-year-old Spaniard is unable to string together two consecutive victories, which which hasn't happened to her since February in Qatar.

Obviously Muguruza is not at the top of her game, she who had to give up – due to injury – participation in San Jose, California, this competition presented the week before his stopover in Toronto.

After his poor performance in London, she also apologized to her fans on her Twitter account. “The last six months have been very hard,” she wrote. I hope the rest of the year will be more reassuring. »