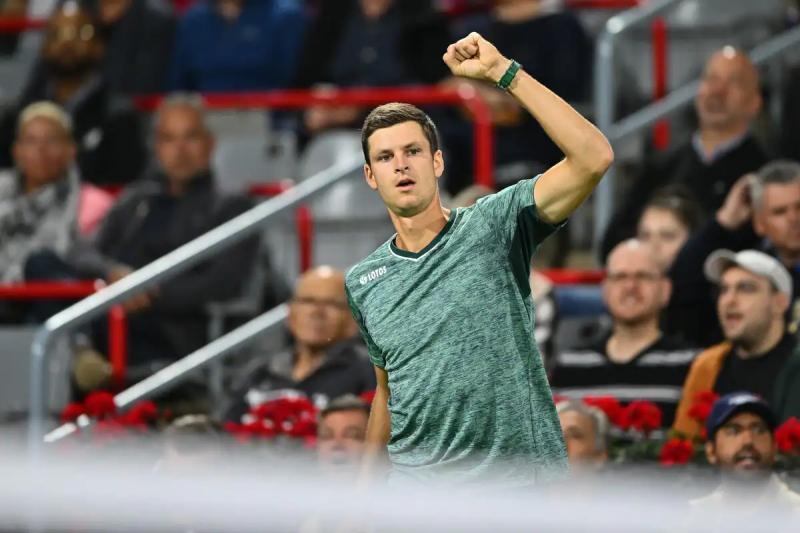 Polish Hubert Hurkacz, seeded eighth in the National Bank Open, advanced to the third round of the Montreal tournament by beating Finland's Emil Ruusuvuori late Tuesday.

< p>Hurkacz, who was playing his first match after being granted a bye, would have liked to close the books earlier but will certainly not spit on his 6-3, 6-7 (4), 6-2 victory at the expense of the 44th racket in the world.

In the first set, the 25-year-old athlete stole the serve of his rival in the sixth game and no longer looked back.

Ruusuvuori gave him a golden chance to end the debate early in the second set by missing several set points while leading 6-5. The Finn however persisted and finally forced the holding of a final set by winning the tiebreaker, but ran out of gas at the end of the duel.

Remember that Ruusuvuori had made Stan bite the dust Wawrinka in the first round.

Hurkacz will face the winner of the match between Argentinian Diego Schwartzman (12th) and Spaniard Albert Ramos-Vinolas. The latter showed the exit to guest player David Goffin in two sets of 7-6 (2) and 6-2.

In addition, Schwartzman reached the second round of this tournament of the ATP1000 series not without difficulty. The Spaniard Alejandro Davidovich Fokina gave him a good battle before losing the flag 1-6, 6-3 and 6-4.