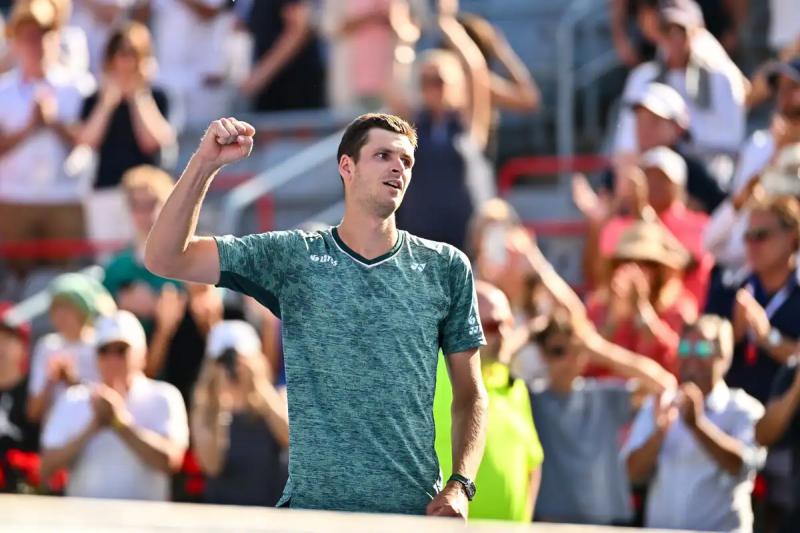 Polish Hubert Hurkacz quickly erased his first set in his semi-final match at the National Bank Open against Norwegian Casper Ruud, whom he then dominated to win in three sets of 5-7, 6-3 and 6-2, Saturday in Montreal.

Renowned for his qualities as a server, Hurkacz was not able to fully use this weapon in the first inning to outsmart his rival, who smashed him twice rather than once, despite a total of 11 aces. It was with a break, in the 11th game, that the seventh racket of the ATP was able to take the lead and serve for the set afterwards.

Shaken, the 10th world player even lost his serve in the first game of the second set, but he recovered by in turn breaking his opponent twice in each of the last two sets.

After more than two hours of play, Hurkacz finally put an end to the match, with 18 aces to his counter, despite a low first-ball success percentage of 53%.

This is the Pole's second final in the ATP 1000 tournament. In 2021, he won the Miami tournament. He will face in the final match the winner of the duel between Pablo Carreno Busta and Daniel Evans.