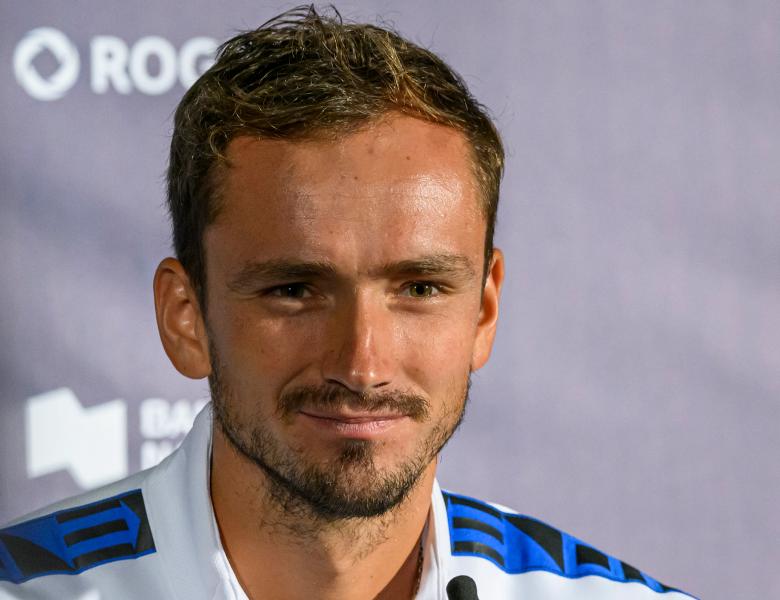 MONTREAL | Forced to miss the Wimbledon meeting a few weeks ago despite himself, Daniil Medvedev could very well have lamented his fate, but he prefers to focus on the positive and his quest for victories on the European circuit. ATP.

Winner of the tournament in Los Cabos, Mexico, on Sunday, the Russian is happy to return to work after an absence of more than a month following his presence in Mallorca, Spain. A favorite at the National Bank Open, he would have preferred to compete against the elite of his sport on the lawn of the famous All England Club, but he did not say no to a well-deserved rest. Installed at the top of the ATP rankings, he has just consolidated his place and has no intention of offering it generously to others.

“I feel confident and I needed this to see where my hard court tennis is at after the clay and grass seasons. I've had some good matches and I'm still hungry for wins; that's why we play”, he commented at a press conference on Monday, in excellent French.

About the sanctions imposed by the world of sport, including that of tennis, on Russia and its athletes, Medvedev can not help it, he who declared himself for world peace shortly after the invasion of Ukraine. His role is clear: to do what he loves the most.

“I couldn't do anything to change the decision except I don't want to dwell on the negative,” he said of his Wimbledon ban. I preferred to rest and replenish physically. […] To evolve under a neutral flag, that does not change anything. I like to play tennis, but I want to follow the rules. I am Daniil Medvedev and I want to win. We all love tennis, but we don't just play to hit a ball. We all want to win.”

In Montreal, Medvedev wants to accumulate more points in the standings before the United States Open, the last stage of the Grand Slam season. According to him, it is essential to show up in New York on an excellent sequence. If so, he could well repeat his exploits of 2021, when he triumphed over Novak Djokovic in the final at Flushing Meadows.

“Other than obviously the year of COVID, I have always done well at the US Open; I had played well in previous tournaments. I have a good feeling on the court in North America and it is important to build that confidence. Last year, I won in Toronto and reached the semi-final in Cincinnati. Then, the year I made the final [in New York, 2019], I won Cincinnati. And I also found myself in the final in Montreal, he recalled. I want to perform well here, it's very important.”

Holding a bye for the second round at Stade IGA, Medvedev is not bathed in overconfidence. While the tenors Rafael Nadal, Roger Federer and Djokovic are not in town, other dangerous rivals are, such as Nick Kyrgios, his first potential rival. The Australian has just won the title in Washington after taking part in the final at Wimbledon.

Except that the Russian will not change anything in his recipe for success.

“ Obviously, if the “Big Three” are there, they will be the favorites from the start, because they have won a lot of tournaments, practically all the ones they have taken part in. So it won't be a surprise. On the other hand, nothing changes for me, whether they are there or not. My goal is to win the competition, regardless of the opponent in the final. Whether it's a qualifier, a lucky loser, or a second seed, I just want to win.”