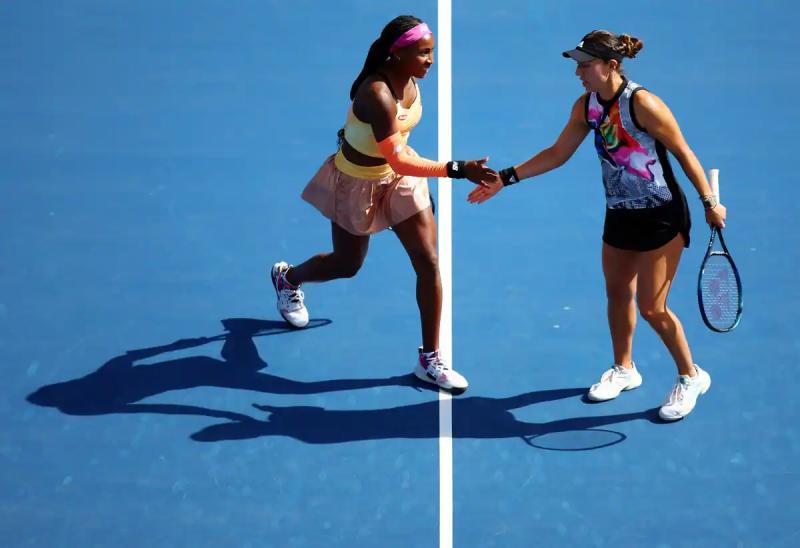 TORONTO – American Jessica Pegula had a busy afternoon in Toronto. First losing to Simona Halep in singles, she then reached the final of the doubles event with her young compatriot Coco Gauff.

The double being a complement for many players, it is logical to believe that Pegula would have gladly reversed the results.

Seventh racket in the world, the 28-year-old American will still have to wait before savoring the conquest of a second singles title on the WTA circuit.

There are those feelings of accomplishment that even money can't buy. Jessica, 28, is the daughter of billionaires Terry and Kim Pegula, owners of the Buffalo Sabers in the National Hockey League and the Bills in the NFL. Winner of the Washington tournament more than three years ago, Pegula continues to climb the ranks, but remains short of the scent of another victory.

Minimally, it is logical to believe that the The tennis player's next triumph may not be that far away. Possibly less than that of the Sabers…

In doubles, Pegula and Gauff will face the winners of the other semi-final which was to be played late Saturday evening. Canadian Gabriela Dabrowski and her Mexican partner Giuliana Olmos then had an appointment with a pair formed by Ellen Perez and Nicole Melichar-Martinez.

After Toronto, then Cincinnati, Pegula will have the chance to perform on a bigger stage, in the New York area, during the next United States Tennis Open. However, she never made it past the third round at Flushing Meadows. After reaching the quarters in Australia and Roland-Garros, Pegula will try to have a similar course, or better yet, to this last Grand Slam stop of the season. However, attention may then be turned to her compatriot Serena Williams, who has announced her upcoming retirement.

About Serena, the draw for the Cincinnati tournament took place on Saturday. In the first round, the winner of 23 Grand Slam singles titles will face in the first round the young Brit Emma Raducanu, champion of the last United States Open.