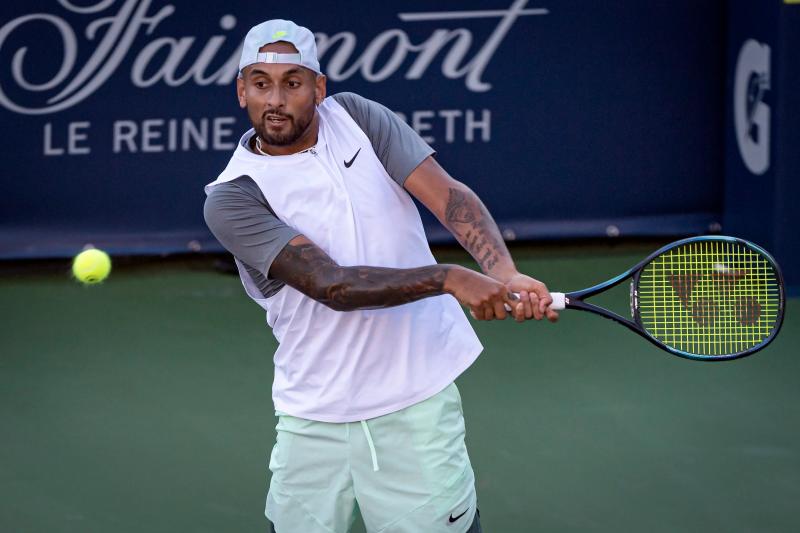 Nick Kyrgios' fabulous run continued Thursday in Montreal when he was merciless to his compatriot Alex de Minaur whom he defeated in two quick sets of 6-2, 6-3.

This one-sided Australian duel ended after just 61 minutes of play.

As soon as the curtain went up, Kyrgios confirmed his ambitions by winning the first four games and his rival, 21st racket in the world, was never able to ensure the response thereafter.

In the second set, de Minaur got closer to 2-3 by breaking Kyrgios' serve, but the latter put him in order to make it 5-2 and never be worried again. < /p>

“It's never easy to face a good friend of yours who is also a compatriot,” Kyrgios said at a press conference. I knew he would come onto the court with confidence, especially since he won a recent tournament in Atlanta. »

“My game plan was respected, it worked well. In fact, I am very happy with the quality of my game. Yes, I am tired after all these games, but I will not give up if my health allows me. »

Kyrgios is undeniably having the best moments of his career, he who has not lost since his defeat in the final of the tournament of Wimbledon at the hands of Novak Djokovic on July 10.

He signed Thursday a ninth consecutive victory and a 15th in his last 16 games. He will face the eighth seed in Montreal on Friday, the Pole Hubert Hurkacz, who defeated the Spaniard Albert Ramos-Vinolas in three sets of 6-7 (6), 6-2 and 7-6 (3). /p>

Currently occupying the 37th rank at the ATP, Kyrgios is guaranteed, regardless of the rest of his career between now and the end of the National Bank Open, to climb at least ten ranks when the new world ranking will be published on Monday.

To compensate for a schedule disrupted by the rain, the organizers were forced to move this expected meeting from center court to Rogers court, a decision that did not please all the spectators present.

Four and a half hours later

In another match, Casper Ruud fought hard for the right to face Quebec's Félix Auger-Aliassime in the quarter-finals .

The fourth-seeded Norwegian defeated Roberto Bautista Agut in straight sets 6-7(4), 7-6(4), 6-4, some four and a half hours into their scrapped clash in the rain for a little over an hour.

This break will have been profitable for Ruud who, after losing the first set, was able to raise his level of play to return the favor to his Spanish rival in the second. A few winning backhands on his part notably led to the loss of his opponent.

In the third set, Bautista Agut, more staggering, did not resist the more intense strikes of the one who played in the Miami Masters final last April.

“This battle was not easy, admitted the winner. Fortunately, the rain allowed me to regain some energy. The break was healthy for me. »