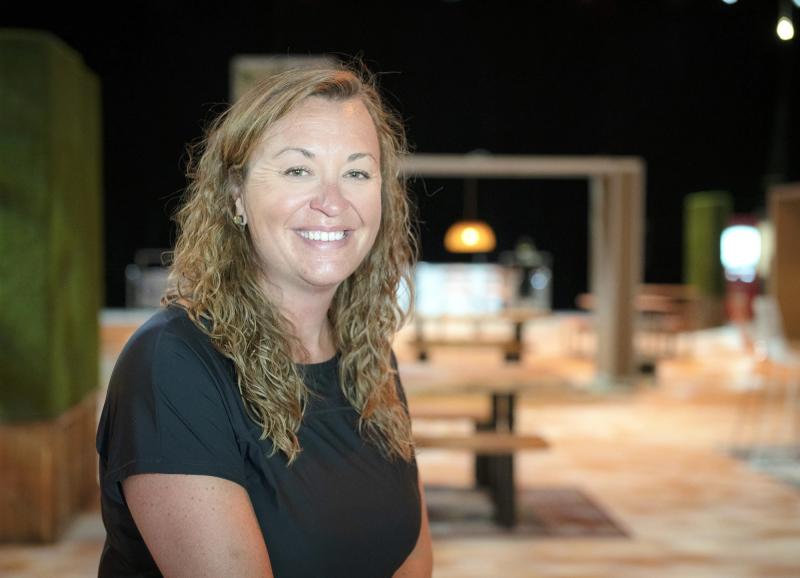 Some tennis players have the temperament of a diva, but as a general rule, even the most temperamental always remain very polite with the head of the concierge… because they know that you better be in his good graces.

“Of course they are nice to me, because they know that it is I who have the nanas! laughs Sophie Clermont, 41, who takes care of procuring show tickets, making reservations at the best restaurants or finding rare products requested by athletes visiting Montreal.

part of my normal professional daily life,” says this plastic arts teacher with Secondary 1 and 2 students in a school on the South Shore of Montreal.

As a teenager, she was a ball chaser and she fell in love with this event.

She now occupies one of the most coveted positions among the approximately 1,200 volunteers at the Omnium.

The locals Players' VIPs are very lively and noisy places during the first days of the tournament.

I walk around with her in the players' lounge. During the tournament, it will be closed to journalists: a space of non-media peace for the stars who relax.

Does she have a darling?

“Rafael Nadal is courteous and he always comes to say hello and check in when he arrives.

Italian player Camila Giorgi has become the darling of the volunteers she spent her time playing backgammon with in 2021. Sophie Clermont, masked, is at right.

“Last year’s tournament winner Camila Giorgi spent her evenings playing backgammon with her volunteer drivers, and she became our darling. »

Ms. Clermont has been there since 2009, so players and coaches recognize her.

“It shows that they are happy to find a face they recognize.

Today, Monday, is one of his biggest days.

“Normally, Monday, Tuesday and Wednesday, I do more than 12 hours.

As the eliminations roll in, the players leave, usually straight to Cincinnati, where the next tournament takes place.

“Me, I take care of them when they have requests: so and so wants such and such a brand of soft drink that is hard to find, we take care of it. So-and-so has lost his contact lenses, we'll get him some. »

A hyperpopular service with professional tennis players? The barber!

“They are very handsome, our men! »

A few years ago, when an error in the players' welcome sheet made them (mistakenly) believe that they all had tickets to Coldplay, Ms Clermont had to resort to her teaching ways and organize a draw to distribute the five pairs she had among the dozens of players.

“The ping-pong table is used a lot and it's something incredible to see two players who normally compete on large grounds face table tennis… and they are so competitive that ping-pong quickly becomes serious business!

Some gamers carry around their Nintendo Switch and howl as they confront others on the spot.

“It's often very loud and happy here because gamers want to let go of their madness.

Isn't this atmosphere reminiscent of that of a school during recess?