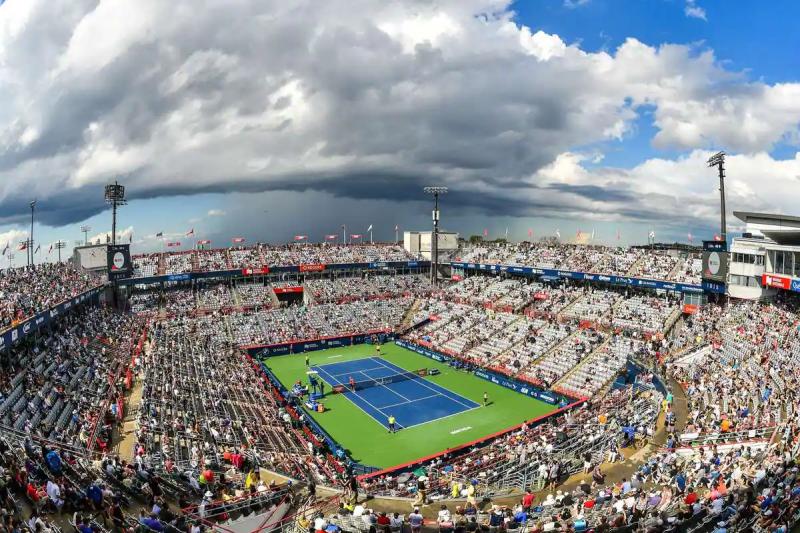 The National Bank Open has a good chance of expanding for its 2025 edition in Toronto. The men's main draw would increase from 56 to 96 players.

Steps to accommodate the ATP are already underway according to tournament director Eugène Lapierre.

“We are discussing the file with the ATP, he mentioned. The other Masters 1000 tournaments are already well advanced for expansion. Those of Rome, Madrid and Shanghai are already organized in this direction.

“However, the summer schedule is complicated. We still have many aspects to discuss with the ATP, including the number of days of the tournament and the calendar.

“We will surely reach an agreement and we will make an announcement at this time.”

If Montreal or Toronto had a 96-man main draw, the tournament would go from 7 to 12 days. Which means that the Canadian tournament and the one in Cincinnati should do acrobatics with their respective calendars.

“It would be easier for us,” said Lapierre. I would need fewer courts for 96 players than for 56 over seven days. The ATP tells me that my current site would be big enough to accommodate all these players.

“I think we need more space. We want to create more inside our current building. We have a plan that we want to start soon.”

If he needed more courts, it would be to accommodate the players and their training. Jeanne-Mance Park could be used to meet the greater demand.

Lapierre would like to create additional space of 15,000 square feet. According to our information, he would like to build a mezzanine above two of the indoor courts.

In addition, with more players in the tournament, Tennis Canada would need more staff and work locations. It would also be in the projects of Lapierre and his team.

He would use the $10 million grant that the federal government paid him before the tournament to bring this project to fruition. He would have until March to complete the file and launch the project as soon as possible.

As for the WTA, the organization is not as advanced as the ATP in This folder. She would like to have the same standards, but the steps are not progressing so quickly.

With the collaboration of Jessica Lapinski