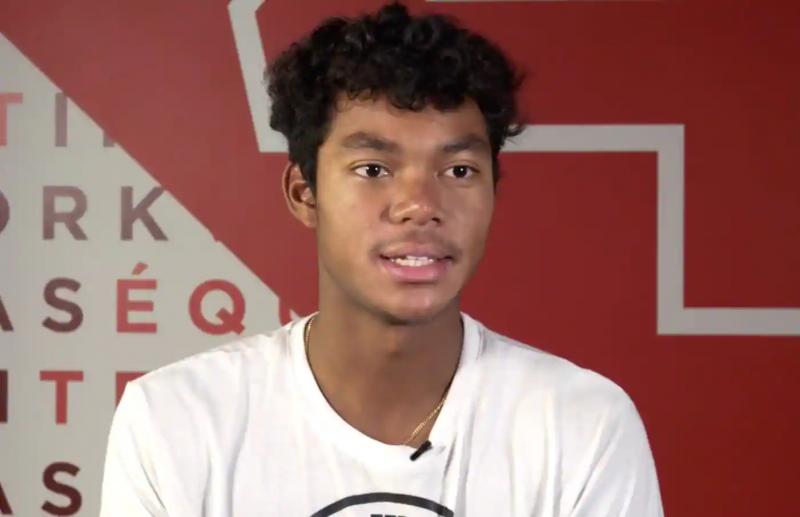 Montreal's Jaden Weekes lost to Germany's Daniel Altmaier on Saturday in the first round of qualifying for the National Bank Open. However, this is not what he will remember from his brief career.

Weekes, who is on her last miles as a junior, had the chance to play her first match at the Montreal tournament on center court in front of family and friends.&nbsp ;

“It was surreal,” said Jaden Weekes a few minutes after leaving the field. I know I lost the game and should be disappointed. I am, but I was able to savor the atmosphere inside the stadium for the first time.

“I was just happy to be there and to be able to enjoy the moment.”

The 17-year-old athlete had a special section where his parents and brother were.

“Sometimes I looked in their direction during my match. It was really a great experience.”

Coming back to his 6-3, 6-4 loss to Altmaier, Weekes was unable to impose his style past the 10th seed in qualifying. However, it must be said that the German was more experienced and better ranked than the Quebecer. The logic was respected.

There are two tournaments left in the juniors at Weekes. After the one in Repentigny, he will come full circle with the U.S. Open junior tournament in New York.

In the weeks, Weekes has had a special trip to England. We remember that Air Canada had lost one of his suitcases while the Montrealer had a direct flight.

The representatives had promised him that they would find his suitcase within a few weeks. They kept their promise.

“They found my suitcase three and a half weeks after they lost it. I was able to pick her up at the airport,” Weekes said. I'm relieved.

“All my equipment (two pairs of shoes designed for grass matches and a machine for stringing his racquets) was there.”