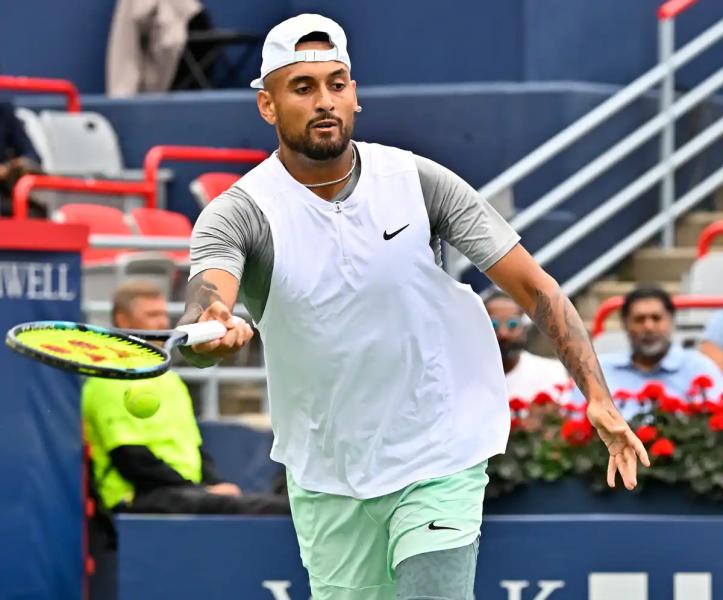 Fans and journalists who cover tennis have branded Nick Kyrgios a bad boy in recent years. He gets angry when you talk to him about it.

We had the opportunity to observe him at Wimbledon, but also since his arrival in Montreal. The question to ask: Who is the real Nick Kyrgios?

The Australian has often been talked about for the wrong reasons. His numerous outbursts and impulsive gestures on the court disturb many in the world of tennis, not to mention that he constantly argues with his team between the two parties.

In a universe where etiquette is very important, Kyrgios clashes. He is perceived as a bad boy, a bad person. With journalists, he has a love-hate relationship.

Kyrgios does not hesitate to answer certain questions curtly. He likes to reframe certain journalists if necessary. After his victory against Alex de Minaur, he returned to people's perception of him.

“I don't really care if people don't like me or my style. of tennis, explained Nick Kyrgios.

“I understand that there are certain personalities who don't agree with certain things that I do or with the way that I dress.

Since the start of the season, Kyrgios has put his life in order at all levels. In terms of tennis, he has decided to train seriously and he wants to prove that he is among the elite of his sport.

He leads a tidier personal life. In the past, he was involved in an assault case with his former spouse, Chiara Passari. A case that shook him.

“I strongly believe in the fact that you have to be two completely different people to be successful as an athlete,” added Kyrgios. You can't always be a super nice, generous guy on the pitch. If it were like that, I would be terrible at tennis.

“Tennis players have to be self-centered. You have to walk and feel like you're the best player in the world. You have to have that mentality.”

We had the opportunity to briefly chat with his girlfriend, Costeen Hatzi, in the hallway after a game. She mentioned that her lover is not the same person you see on the pitch. He is really caring with her.

“People around me and my friends know who I am,” Kyrgios said. That's all that matters to me. When I get off the court, nothing matters to me anymore.”

Intimidating in the right way

Because of his success since Wimbledon, other players fear Kyrgios. When he shows up on the field, the Australian is intimidating.

“The opponents of Serena [Williams] and Roger [Federer] must not have slept very well the day before their clash, said Kyrgios. It was more a question of aura or results of the past.

“For my part, they must tell themselves that I am on a big winning streak and that I am playing well. It can affect your ability to get out there and perform well.

“I think it happened to some of my opponents in the last few weeks. I have been a good player for most of my career. I earned that respect in the locker room. They know what I'm capable of if I'm motivated.”