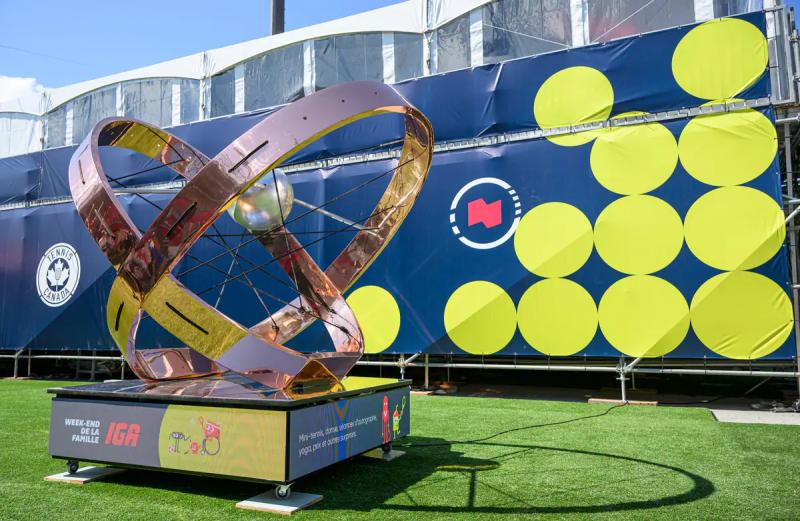 Not easy to change a tournament name after several years. Talk to the National Bank, which hopes that tennis fans will soon forget the name “Rogers Cup”.

“I have the impression that it's starting to become more commonplace (to say the National Bank Open)”, underlined, laughing, Jean-François Hanczakowski, first vice -president, customer and digital experience, at the banking institution, during an interview with Le Journal. It must be said that tennis fans will have time to get used to it, because the agreement between the National Bank and the tournament will last until 2030.

A partnership whose financial details are not disclosed.

“We've been the main sponsor for two years now, but we've been partners with Tennis Canada for almost 20 years,” he explains.

The bank supports tennis associations, the development of athletes and says it wants to democratize it.

“We want to make sport even more accessible and more egalitarian” .

The institution also funds a strategy aimed at gender equality (Filles. Set. Match) and the recruitment of players of the future (les petits As).

It is also investing $3 million for the revitalization of around across Canada.

“It's a sport with values ​​in which we recognize respect, and which is increasingly popular. […] It allows us to be associated with this positive movement, ”says Mr. Hanczakowski.