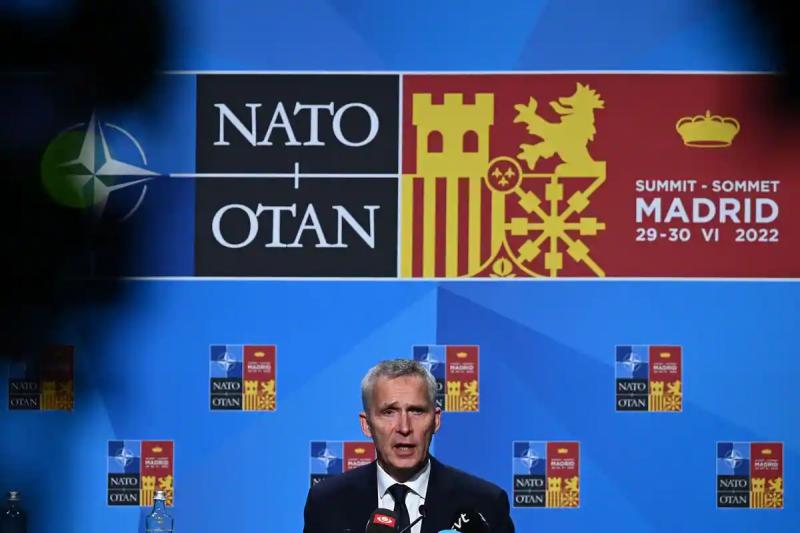 NATO expressed concern on Thursday about the growing influence of Moscow and Beijing on its southern flank, particularly in Africa, warning of the risk of destabilization of these areas.&nbsp ;

The last session of the Atlantic Alliance summit, which ended Thursday in Madrid, focused in the morning on “threats and challenges in the Middle East, North Africa and the Sahel”.

The countries of the Alliance have particularly considered the question of “the search by Russia and China for political, economic and military advances in the south” of the territory of the NATO countries, explained the secretary general of the organization, Norwegian Jens Stoltenberg, closing the meeting.

A “growing challenge” which NATO wants to tackle in particular “via more aid” to its partners in the region, he declared, announcing in particular a support plan for Mauritania to help this African country to secure its borders and fight against illegal immigration and terrorism.

The growing presence of Russian mercenaries from the Wagner group in Mali or the Central African Republic has been denounced by several Western countries.

For its part, China is gaining influence in the region, especially in economic matters.

NATO's new roadmap, which had not been revised since 2010, mentions, for the first time, the “strategic interest” of the Middle East, North Africa and the Sahel .

“The insecurity in these regions has a direct impact on the security of the allies”, insisted Mr. Stoltenberg.

Among the unconventional threats presenting a risk, in particular in these regions, NATO evokes terrorism, but also the “instrumentalization” of illegal immigration.

Spain, which had made taking into account the threats on NATO's southern flank its top priority for this summit, welcomed the Alliance's decision to pay attention to it.

“We have obtained that the southern flank (of NATO) is not forgotten” in the roadmap of the Alliance, welcomed Thursday the head of the Spanish government, the socialist Pedro Sánchez.

< p>Madrid fears in particular that the instability in the Sahel, where several jihadist groups are very active, could lead to an increase in illegal immigration.

Located a few kilometers from the African coast, Spain has become one of the main entry points for illegal immigration in Europe.

Its enclaves of Ceuta and Melilla, located in Moroccan territory, are particularly subject to intense migratory pressure which leads to sometimes at scenes of violence.

At least 23 African migrants died on June 24 as they tried to force their way into ns the enclave of Melilla in the company of some 2000 people.