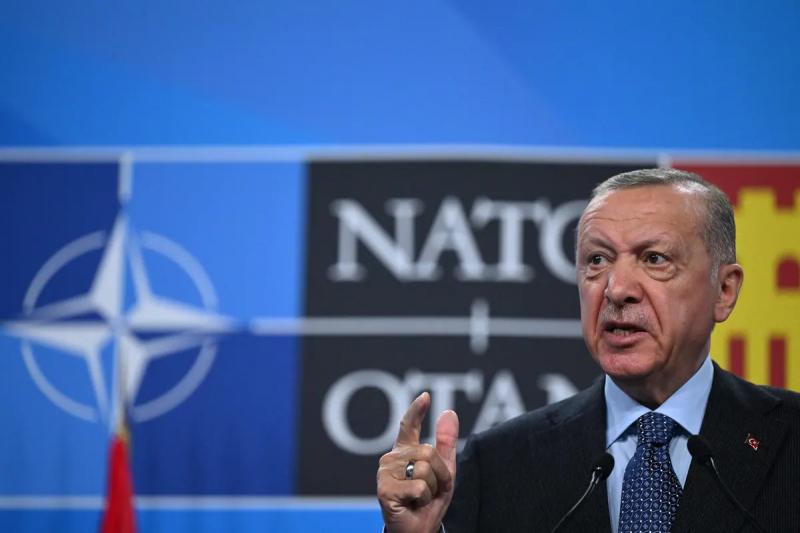 Turkish President Recep Tayyip Erdogan has again threatened to block Sweden and Finland from joining NATO, less than forty-eight hours after the agreement between the three countries.< /strong>

Speaking to the press at the end of the Atlantic Alliance summit in Madrid, he called on the two Nordic countries to “do their part” in the fight against terrorism on pain of burying the memorandum signed on Tuesday evening.

Since mid-May, Ankara has been blocking the process of enlargement to the two countries, accusing them of protecting Kurdish fighters from the Kurdistan Workers' Party (PKK) and the People's Protection Units (YPG), which it classifies among the movements terrorists.

But on Tuesday evening, the Turkish, Swedish and Finnish governments signed a memorandum of understanding opening the access of the two Nordic nations to the Atlantic Alliance.

Thursday, the Turkish president spoke for the first time since this surprise signing. And he set his conditions.

“If they fulfill their duty, we will submit (the memorandum) to parliament” for adoption. “If they don't, it's out of the question for us to send it to parliament…”, he warned.

A senior Turkish diplomat in Washington assured that the adoption process could take place no earlier than the end of September and could wait until 2023, with Parliament going into recess from Friday.

Mr Erdogan referred to a “promise made by Sweden” regarding the extradition of “73 terrorists”. “They will send them back, they promised. It is in written documents. They will keep their promise”, he added without further details.

Stockholm reacted Thursday evening by recalling that its Extradition decisions were subject to an “independent” judiciary.

“Non-Swedish people can be extradited at the request of other countries, but only if it is compatible with Swedish law and the European Convention on Extraditions,” he insisted.

Recep Tayyip Erdogan did not give details on Thursday about the 73 people targeted, but Ankara has been demanding for several years the extradition of Kurdish activists or those close to the Gulenist movement exiled in Sweden.

The Turkish head of state also called on Finland and Sweden to “complete their laws” regarding the presence on their soil of members of the PKK and the YPG, who operate on Turkey's borders in northern Iraq and Syria.

“What matters is that the promises given to Turkey are kept,” he insisted.

At the center of all attention at the opening of the Madrid summit, when he threatened to veto the accession of the two countries, the Turkish president thus returned to it at the end.

In the corridors of the summit, a European diplomatic source did not hesitate to speak of “blackmail” about the Turkish head of state who, on Thursday, authoritatively occupied the stage of the largest press room of the summit , succeeding the head of the White House, Joe Biden.

According to the memorandum signed on Tuesday, Turkey lifts its veto to the accession of the two Nordic countries to NATO in exchange for their cooperation regarding the members of the Kurdish movements concerned.

The next day, Ankara had already claimed its due, demanding from Sweden and Finland the extradition of 33 “terrorists”.

All are members of the PKK, considered a terrorist organization by Ankara and its allies Westerners, or the movement founded by the preacher Fethullah Gülen, which Mr. Erdogan accuses of having fomented the coup attempt of July 2016.

The request had been coldly received in Helsinki and Stockholm.

“All these cases have already been resolved in Finland”, commented the Finnish President, Sauli Niinistö.

The Finnish Ministry of Justice for its part specified that having “not received any new extradition requests from Turkey in recent days”.

Swedish Prime Minister Magdalena Andersson for her part promised on Wednesday “to cooperate more closely with Turkey regarding the lists of ( fighters) of the PKK”.

“But we will of course continue to respect Swedish law and the t international”, she added in a message posted on Instagram.