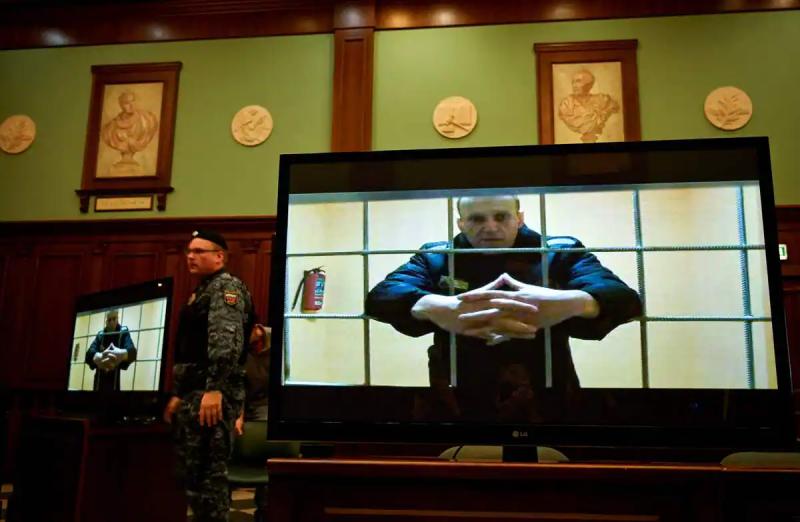 Imprisoned Russian opponent Alexei Navalny on Tuesday denounced the lack of systematic Western sanctions against Russian oligarchs for their support for Vladimir Putin's regime and his military intervention in Ukraine. < /p>

In a post full of examples published on his social networks, he says that only 46 of the 200 richest Russians, according to the ranking of Forbes magazine, are currently subject to American, European or British sanctions.

“To me, this doesn’t really look like all-out war against Putin’s oligarchs,” he commented.

According to him, among others, the CEO of the Russian giant Gazprom Alexei Miller is still not targeted by European sanctions, while the famous oligarch Roman Abramovich still escapes US sanctions.

“The Abramovich's companies continue to supply metal to the Russian Defense Ministry. How is it that they are still not sanctioned? “Asks Navalny.

“You can't expect a schism among Putin's elites over the war, if, despite much talk, you don't use the stick against them and let them keep their carrots,” Mr. Navalny.

It also proposes to ban “for 20 years” from the United States, the United Kingdom and the EU any Russian personality publicly supporting the offensive in Ukraine.

Conversely, according to him, “a simple mechanism” to avoid sanctions would be to openly declare against the offensive in Ukraine and “to stop supporting the Putin regime with words, deeds and money”.< /p>

“I call on voters and lawmakers in the EU, UK, US and Canada to put pressure on the executive, to force it to stop grandstanding and introduce massive personal sanctions against the thieves of Putin”, launched Mr. Navalny.

These statements come as the European Union must study from the end of August a visa ban for all Russians.

In March, Alexei Navalny was sentenced to nine years in prison on charges of fraud which he considers fictitious.

He had been arrested in January 2021, on his return to Russia after being treated in Germany following a serious poisoning which he attributes to the Kremlin, which the latter denies.

From his prison, near the town of Vladimir, 200 kilometers east of Moscow, he continues to relay messages to his lawyers.

His anti-corruption organization maintains a list of over 6,000 Russian officials accused of supporting the offense ive the Kremlin in Ukraine.