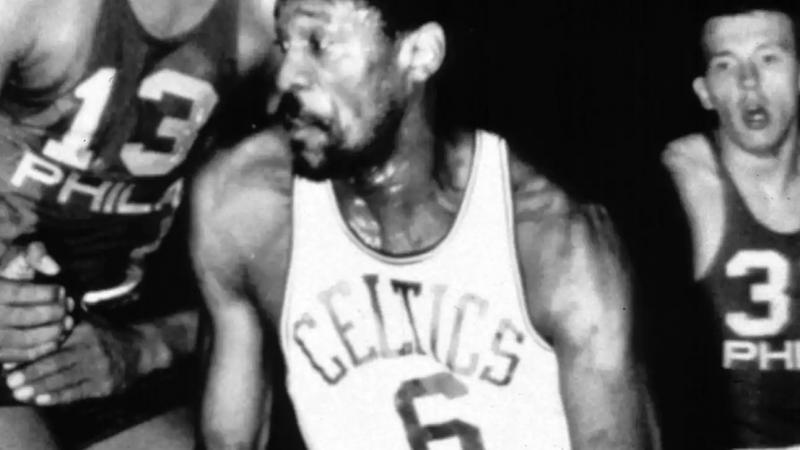 The Number 6 worn by NBA legend and civil rights activist Bill Russell who died in late July will be permanently retired from all franchise venues starting next season, the league announced Thursday. North American Basketball League.

In addition, all players will wear a commemorative crest on their shirt and each court of the thirty teams will display a special logo, in the shape of a cloverleaf.

For the first time, a shirt number will be permanently retired in all the NBA, which also means that it will never again be awarded to any other player. Those who already wear it, like LeBron James, can still keep it.

“Bill Russell's unparalleled success on the court and his pioneering civil rights activism deserve to be honored in a unique and historic way,” said body boss Adam Silver.

“The permanent retirement of his number 6 in all NBA team halls ensures that Bill's transcendent career is always recognized,” he added.

“It is an honor supreme reserved for one of the greatest champions of all time,” said Tamika Tremaglio, executive director of the NBPA, the players' union with which the NBA made its decision.

The Celtics, for whom Russell has played his entire career and coached, will have an additional, as yet undisclosed, tribute to him displayed on their jersey.

Russell was a Boston player for thirteen seasons, from 1956 to 1969, during which he forged a reputation as the ultimate winner, through his intractable defensive play.

His impressive track record, with eleven titles, a record that still stands , including eight in a row from 1959 to 1966, will probably never be equaled.

He was also the first black American named to head an American professional sports franchise and the first to being crowned champion in his second year (1967).

Finally, it was also outside the basketball courts that Russell became a figure in American society, using his notoriety to advance the cause of civil rights. This earned him the Presidential Medal of Freedom, the highest American civilian honor, from Barack Obama, then President of the United States, in 2011.