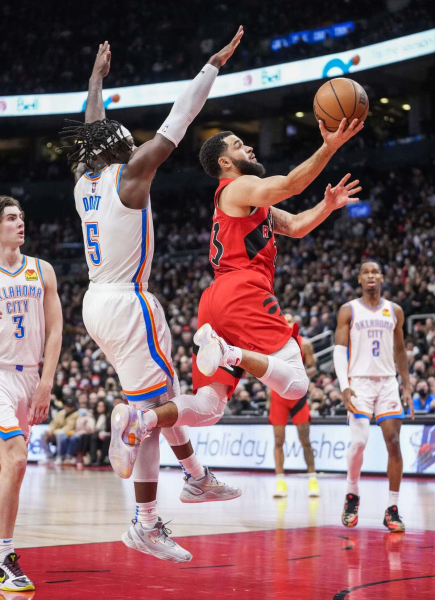 Three members of the Toronto Raptors have sold the most NBA jerseys in Canada for the first half of the 2022-2023 season, but no Quebec player is in the top 10.

Neither the powerful Luguentz Dort (Oklahoma City Thunder) nor the promising Bennedict Mathurin (Indiana Pacers) are in the top 10 sales this season, despite excellent performances.

Rather, it is the Raptors who dominate, unsurprisingly, in the hearts of Canadians. Scottie Barnes' bib number 4 is the one that fans have fought for the most in 2022-2023, followed closely by Pascal Siakam's 43. Fred VanVleet ranks fifth.

Internationally, the bulk of jersey sales were handled in order by Curry, James and Antetokounmpo.