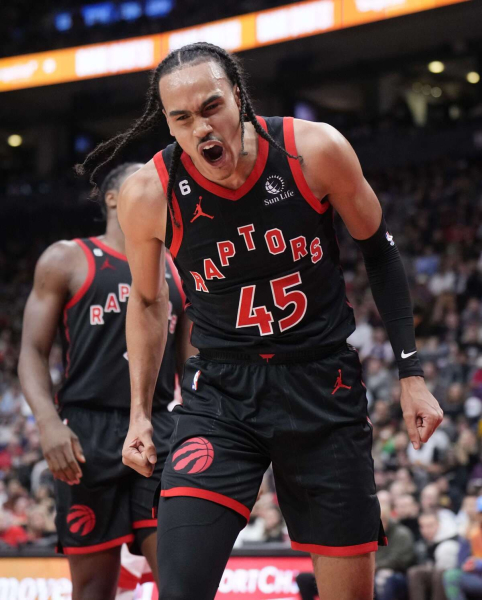 It's nearly impossible to give Luka Doncic nothing this season in the NBA, but the Toronto Raptors performed brilliantly in their mission to limit him to Scotiabank Arena on Saturday, so well they have defeated the Dallas Mavericks 105-100.

Holder of the best points per game average (34.0) in the Silver circuit before facing the only Canadian team in the league, Doncic made only eight of his 15 shots, in addition to converting six of his nine shots francs, for 24 points. He still finished the duel atop his team in scoring, adding seven rebounds and eight assists.

The Raptors, on the other hand, had to recover from a slow start to the game that saw them trailing 14 points in the opening minutes. They rallied and took the lead in the second quarter, maintaining that lead for most of the rest of the game. They accomplished that by scoring seven more points than their rivals in the second quarter and six more when they returned to the court in the third quarter.

Fred VanVleet and O.G. Anunoby greatly animated the attack of the winners in the absence of some other stars of the team, like Scottie Barnes and Pascal Siakam. The two finished the game with 26 points. In addition, VanVleet added six rebounds and seven assists, while his accomplice had nine rebounds and two assists.

Quebecer Chris Boucher was given a predominant offensive role by the coach -Chief Nick Nurse. In 36 min 4 s, the 6'9″ giant converted 10 of his 19 shots and two of his five free throws, for 22 points, his highest total since the start of the season. He also added 13 rebounds to his record.

For his part, Montreal's Khem Birch added six points in just over 12 minutes on the floor.

The Raptors are now gearing up to host the Cleveland Cavaliers on Monday.