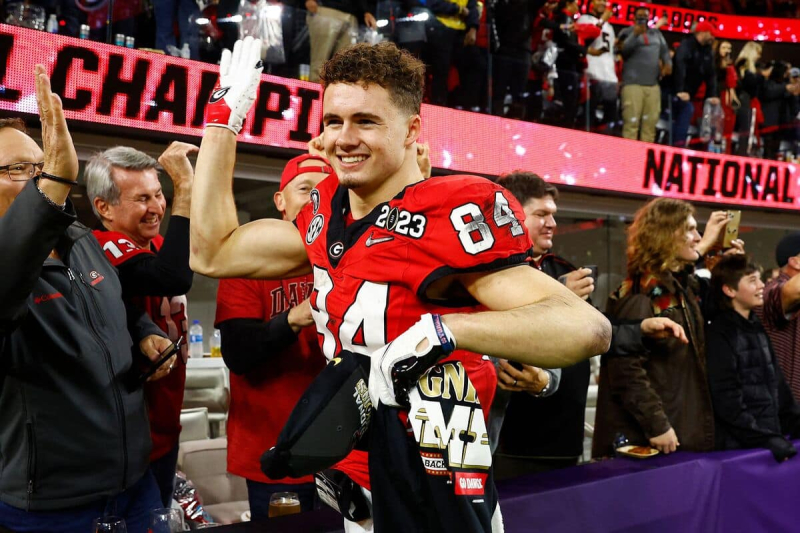 The Georgia Bulldogs were crowned Division 1 American college football champions for the second straight year Monday at SoFi Stadium in Los Angeles by defeating the Texas Christian University Horned Frogs ( TCU) by a score of 65 to 7.

Ranked first in the country, the Bulldogs made short work of their opponents, who had reached the final by surprising Michigan Wolverines in the Fiesta Bowl.

The Horned Frogs still believed in their chances of winning after a tight first quarter, but the Bulldogs dominated the rest of the game 49-0.< /p>

In his last game behind center for Georgia, quarterback Stetson Bennett made it big. He had 304 yards and four touchdowns through the air, in addition to adding two majors with his legs.

Brock Bowers was his favorite target, he who caught seven balls for 152 yards of win and a touchdown. Ladd McConkey, twice, and Adonai Mitchell also added six points to the board by catching a relay.

Running back Branson Robinson imitated his quarterback by crossing the goal line twice. Kendall Milton was the author of the Bulldogs' other touchdown.

The evening of center Max Duggan quickly turned into a nightmare in the losing camp. He had two interceptions and did not complete a touchdown pass. He was still the only Horned Frogs player to register a major, by land.