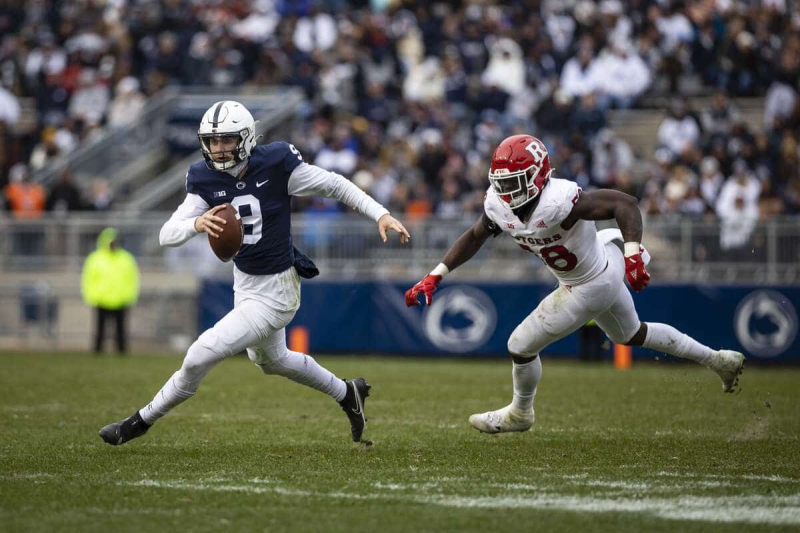 After two seasons at Penn State, Franco-Ontarian quarterback Christian Veilleux is heading to the University of Pittsburgh, where he expects a real opportunity to demonstrate his skills.

At Penn State, he made a good impression last year in the only game where he saw a lot of ground, passing 15 of 24 for 235 yards and three touchdowns, in addition to adding 36 yards on the ground.

Since then, he has attempted just 11 passes, behind veteran Sean Clifford and prospect Drew Allar.

With the Pitt Panthers, 2021 ACC conference champions, Veilleux will find himself in a group that includes Boston College transfer Phil Jurkovec and veteran Nick Patti.

“It's always a competition and the coaches and I quickly cleared that up. We will have equal chances and the best quarterback will play. That's all I want in this process, to have an equal opportunity with others.

“I have a very good chance of showing up, according to what the coaches have told me. They see a lot of potential in me,” he said in an interview from the family's Ottawa home.

< p>Veilleux had to go through the transfer portal, which has seen more than 1,000 players pass through this year, including several who bumped into each other's noses. He acknowledged that the process has brought its share of stress, but is pleased with the turn
of events.

“I needed to do this so I could achieve my dreams. It was difficult at the same time because my first decision, a few years ago, was to play at Penn State. This is where I built my relationships. It wasn't easy to leave, but I had to do it for myself and I'm confident,” he said.

Which helps him be in a good mindset is the fact that he was approached by offensive coordinator Frank Cignetti Jr.

“There aren't a lot of movies about me, but he m recruited when I was in high school and he was at Boston College. We already knew each other and we had a good relationship,” he explained.

In Pittsburgh, Veilleux also appreciates the fact that his development came through the team that recently produced a first-round NFL quarterback in Kenny Pickett, now with the Steelers.

“His example definitely had an influence on my decision. They know what it takes to develop a quarterback. It gives me good resources. »