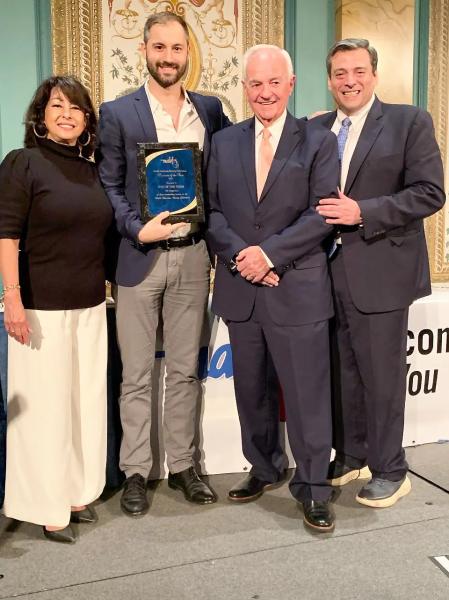 The conclusion of three days of negotiations in both Las Vegas and Montreal is that Arslanbek Makhmudov will fight Friday night for the WBC Silver belt.

Three days of intense negotiations and an additional $30,000 in overall penalty fees and the huge Russian could hold the WBC Silver title.

It is very important in the changing world of boxing because this title, the most prestigious after the World Championship in the WBC, makes it possible to distinguish a boxer from all the others. By defeating Carlos Takam at the Casino de Montreal, Makhmudov would become the designated heavyweight to face one of the champions of the various associations.

It is because of this prestige and this importance that the WBC had delegated its vice-president Alberto Leon in Montreal for the fight of Mary Spencer.

And this morning, take the rankings from any end, Mary Spencer is the boxer who stands out for a world championship fight.

On Sunday, the 19-year-old Carlos Alcaraz became the number one in international tennis. There was no need for negotiations or negotiations.

The ATP computer counted the points and bingo, Alcaraz was world number one. And he sent a message to Félix Auger-Aliassime that, at 22, it's time to increase the tempo even more.

In boxing, there is no computer. We analyze the fights, we scrutinize the results and the performances and we establish rankings. It's human from start to finish.

For three days in Montreal, Camille Estephan defended the value and level of Arslanbek Makhmudov with Alberto Leon.

< p>Meanwhile, at the NABF convention in Las Vegas, Eye of the Tiger Management (EOTTM) attorney Me Anthony Rudman was trying to convince Mike George, Duane Ford, of the NABF and the WBC, and WBC President Mauricio Sulaiman to put the WBC Silver title on the line Friday night.

Rudman was in Las Vegas to receive the honorary plaques for Promoter of the Year for EOTTM and NABF Champion of the year for Arslanbek Makhmudov.

The lawyer delivered the spiel and spent hours and hours Friday and Saturday making his representations for his clients.

It was Sunday morning that the WBC accepted that the Silver title be disputed Friday at the Casino.

For Camille Estephan, it is an important step.

“We forget it, but Bermane Stiverne held the Silver title won against Chris Arreola. ”

It opened the door for him to a WBC world title fight against the same Arreola.

“He became world champion and lost his title to Deontay Wilder the next fight, in Las Vegas”, to call back Estephan.

In 2022 boxing facts, a win for Makhmudov on Friday could push him into the WBC top 3. And open the top 5 in other federations like the IBF or the WBA.

Oleksandr Usyk holds the other belts . The man to beat obviously being Fury.

Last Friday, Mary Spencer won the WBC Silver belt. There are strong discussions in the congresses about how we can offer a world championship fight to Mrs. Spencer, who destroys everything in her path.

Anthony Rudman confirmed that we were also talking very hard with the 'International Boxing Federation (IBF) to force champion Marie-Ève ​​Dicaire to defend her title against Mary Spencer.

IBF leaders are unsure how to attack the situation.

We should above all try to convince Marie-Ève ​​Dicaire.

WHERE WAS MARCO BERGERON?

Everyone , Friday evening at the Casino, was looking for Marco Bergeron, the person in charge of combat sports at the Régie des alcools, des courses et des jeux.

As is too often the case, he shone with his absence while the veteran Jean Douville managed the brouhaha of an unlikely situation with a masterful hand.

But this time, the successor of Michel Hamelin had a good r reason. He caught COVID.

We wish him well on Friday.