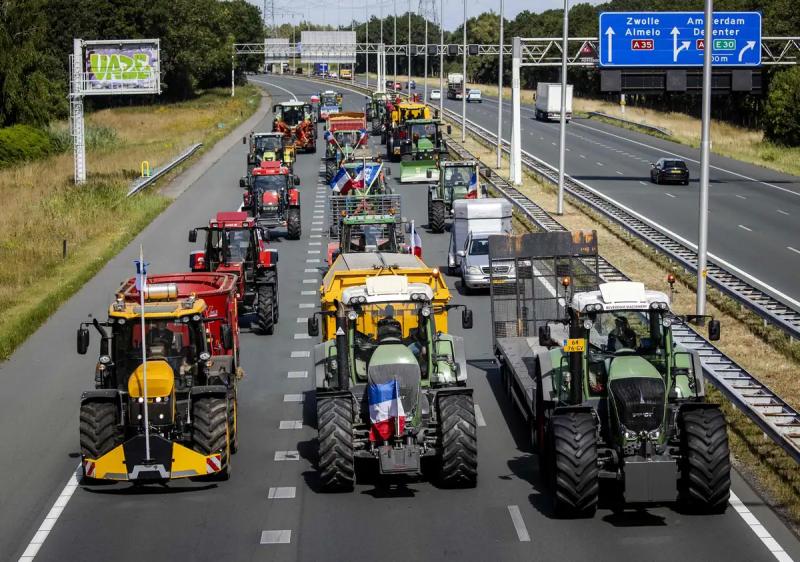 A first round of talks between the Dutch government and the agricultural world led to little progress on Friday on the plan to reduce nitrogen emissions, including a reduction in livestock and possible expropriations, according to several participants.

The anger is not abating in this country, the second largest agricultural exporter in the world behind the United States: in recent weeks, farmers have blocked highways, dumping manure and waste, setting fire to straw bales and demonstrating outside the homes of several politicians.

Following the first round of discussions, the president of the main Dutch agricultural union (LTO), Sjaak van der Tak, reported a ” some movement” but “really too little” for the sector: “the ball is in the cabinet's court” he declared, quoted by the ANP press agency.

“Prepare for the toughest actions the Farmers Defense Force (FDF) has ever taken,” warned the FDF, which is known to be radical.

It There is a “serious crisis of confidence,” “deeper than the current nitrogen discussion,” said mediator Johan Remkes, who last year oversaw heated negotiations to form a government.

< p>The Netherlands is one of the biggest emitters of greenhouse gases in Europe, and of nitrogen in particular.

A situation partly due to the many herds grazing on its plains.

The government plan calls for reducing nitrogen discharges by up to 70% in 131 key areas, most close to nature reserves and protected lands, in order to to achieve environmental objectives by 2030.

The government, which aims to reduce nitrogen emissions by 50% by 2030, has warned that expropriations cannot be ruled out, a very sensitive measure which fuels the agricultural sling.

Dutch Prime Minister Mark Rutte on Friday apologized for the cabinet's 'nitrogen map' outlining key areas to protect, acknowledging that it had led to “great confusion” among farmers.

Strong opposition from farmers is receiving increasing support from abroad, especially from former US President Donald Trump and populists joining their cause.