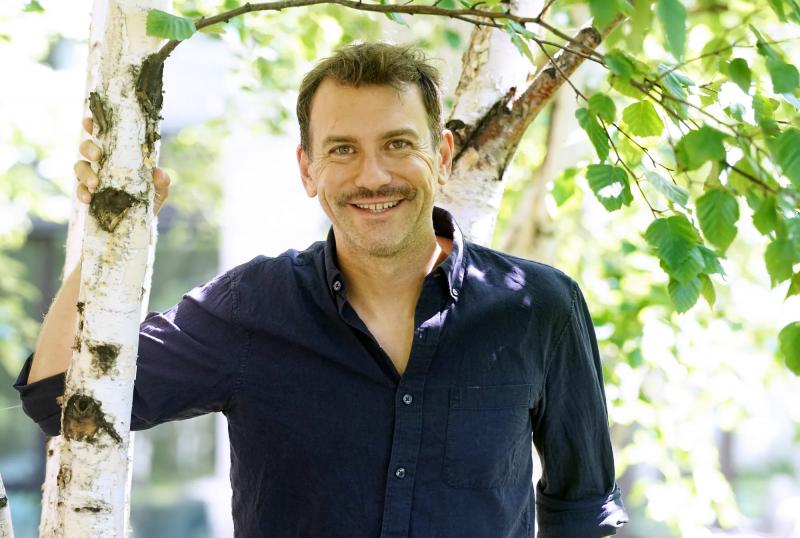 With Once upon a time there was a boy like you, LARCHE did himself good personally. After the dark months that we have all lived through in unison, the singer-songwriter wishes only one thing: that those who listen to his album be enveloped in comfort through melancholy.

He lives in Montreal, but still defines himself as a proud Abitibi. LARCHE (his first name Marc-Antoine) left his native Val-d'Or to study music and then theater to finally find himself in the metropolis.

Music and stand- up

Coming from a family with no musicians, he nevertheless believes he has inherited the passionate side of his father, who was a great sports fan; which leads him to live everything with fervor.

Comedian and musician, the multidisciplinary artist (he plays acoustic and electric guitar in addition to writing his own songs) admits to having had struggling, for a moment, to juggle his two hats.

“In the beginning, I fought between my actor side and my musician side, he says. I thought I had to choose. My first album (The small collapses, published in 2014) was very personal with heart stories that had gone wrong, it was very intimate. At the beginning, I played dark, whereas I am zero dark (laughs). Now I make jokes, I'm more natural and on stage, I combine music and stand-up.”

Marc-Antoine, a “not quite dark musician” thus left his place in LARCHE. A capitalized last name used to create distance between the musical project and the actor; because no, he had neither the desire nor the need to choose between his two passions.

Accumulating EPs since 2010 – long before it became fashionable – LARCHE delivers here its second complete album. An opus that the artist who has just turned 40 describes as personal reflection, great pride and what is undoubtedly his most personal project.

Directed by the singular and talented artist Navet Confit whom he met in 2014 and with whom he has been working since, Once upon a time there was a boy like youtakes on the air of a tale with songs pointing to the same guideline, the same narrative thread.

“The character at the beginning, that of James Dean, is a bit the same as we look at evolve over the course of the album, explains LARCHE, who adds that he understood everything after writing the album. Is it me, is it someone else, I don't know? In any case, I hope that like me, people will find some comfort in it.”

Admitting to having lived through a particularly trying year in 2021, the musician saw this album act as a balm for his recent wounds. . It is this comforting side through what can also be sad that he is most proud of and wishes to transmit to the world.

His next desires? To be able to present this album on the stages of Quebec, to create other songs that are good and to make people smile by presenting an upcoming Christmas EP!

♦ The album Once upon a time there was a boy like you by LARCHE is available on all platforms.